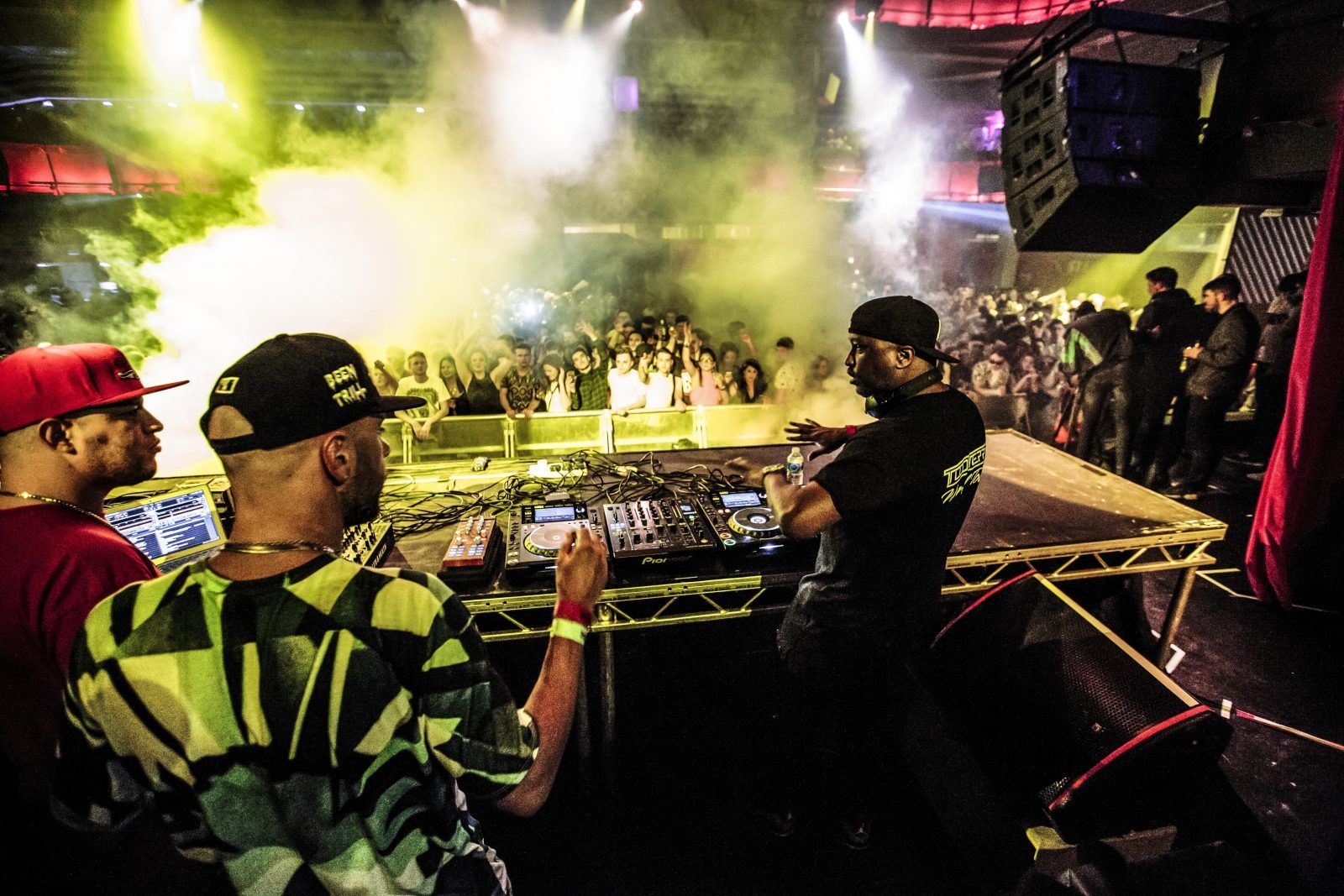 After tearing the roof off Building Six for their sold out London debut, Cuff Records make tracks to iconic warehouse venue Great Suffolk Street for the second instalment in their London event series on Saturday 5th April. Label founders Amine Edge & DANCE head a line-up that represents some of the freshest and most exciting sounds in underground house music with sets from SION, STUFF, Joyce Muniz, Clouded Judgment, K-Lagane, The Mekanism and Shiba San shaking the raw arches of the east London warehouse.

Heading room one, cutting-edge French duo Amine Edge & DANCE have been smashing dancefloors across Europe with a fresh strain of house music fusing hip-hop, rap and soul to create a movement they call ‘G-House’. Exploding on the scene with their 2013 release ‘Lost’, the unstoppable pair are rapidly becoming notorious figures in clubland. The rest of room one’s line-up showcases Cuff Records finest with sonic prodigy SION, London boy’s Clouded Judgement and Miami bass enthusiast STUFF. Rounding off the bill are K-Lagane and Shiba San.

Hosted by London promoters Arktic Room two will be lead by the rare talents of Joyce Muniz. Hot off the back of colossal new track ‘Back In The Days’ her transatlantic upbringing is evident throughout her body of work. Pairing European club sounds from her hometown Vienna with tropical percussive influences from her Brazilian roots. Joining Joyce is rising French star The Mekanism, who has been shaking the foundations of Paris with forward-thinking warm analogue house. Holding down a residency at the city’s most highly regarded underground venue La Social, his debut EP released on taste-making label Needwant has smashed dancefloors in almost every continent. Support will come from the capable Arktic Crew DJs.

In celebration of their upcoming summer residency at Sankeys Ibiza, the Cuff Records team are throwing this event to open what is set to be a season of road block parties at the island’s premier underground venue.

Their first two shows at Sankeys in Manchester and Building Six at the O2 sold out in advance, their Great Suffolk Street party is expected to follow suit. Party-goers are advised to move quickly to avoid disappointment.