Culprit – Above the City 3 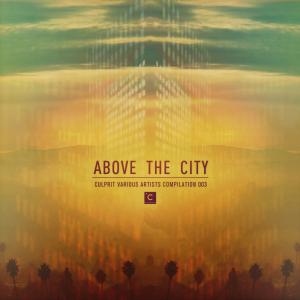 Culprit – Above the City 3

Culprit’s annual “Above the City” compilations has been intricately tied to the label’s si gnature rooftop parties at the Standard Hotel in downtown Los Angeles. The famed event series – now in its sixth year – essentially spawned the label back in 2009.  Just like the parties that have drawn to a close at their original location this summer, so is “Above the City” seeing its final installment.

“Above the City 3” stays faithful to the established series template, being a collection of seven individual tracks from exciting emerging talent, mostly new to the label but mixed in with a couple of familiar names.

As with the previous editions, this collection was curated to reflect the mood and the dynamic of a typical Culprit rooftop party.  Its sound ranges from deep and slow groove of Lorenzo Dada through pre-sunset dancefloor vibe of Raxon and Adriatique, finishing with the post-sunset, end-of-a-party feeling of Lonely Boy.

This compilation has the largest LA-based contingent with 3 songs showing a strong local imprint: Lorenzo Dada, Dance Spirit (who collaborated with Mexico’s Balcazar & Sordo) and Lonely Boy are part of the new generation of Los Angeles producers directly influenced by the vibe of Culprit rooftop Sessions. It’s a particular sense of pleasure for the label to see its efforts to inspire bear fruit.

Two artists who have contributed full releases for Cuprit in the past return here: Russia’s Special Case and the Swiss wonders, Adriatique. The latter are getting set for their second Culprit EP in December. Dubai’s Raxon is having a breakthrough year, with tracks and remixes for Akbal, Moodmusic, Cecille and Soulfooled getting attention recently. The compilation also sees the first major work from a young UK producer Al Gobi.