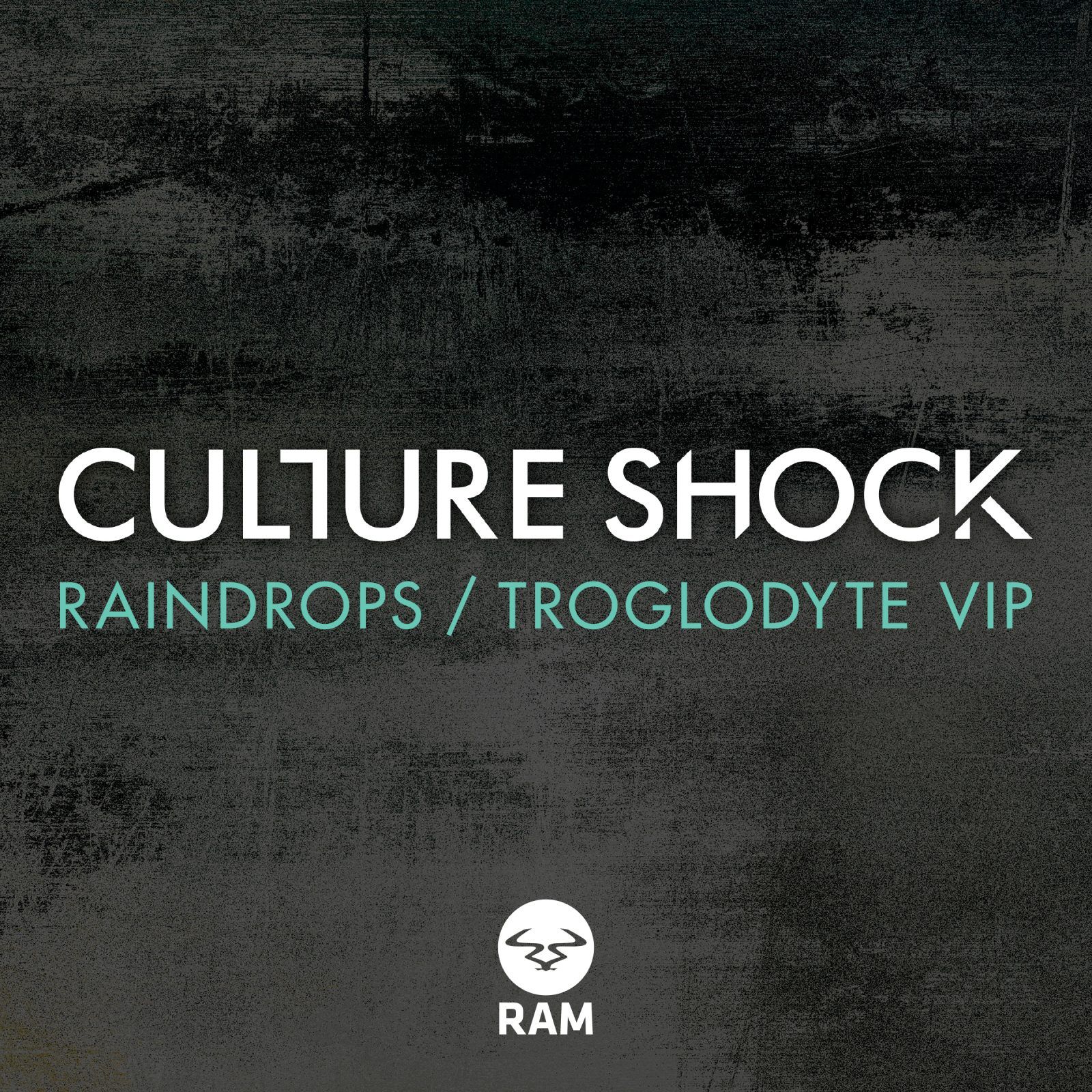 Culture Shock has remained a withstanding name inside the realms of drum & bass. After a succession of pounding solo hits and an array of remixes which garner just as much power, it’s no surprise James Poutney is still a key player within the genre half a decade on.

And this next release from Culture Shock needs little introduction. Featuring the greatly sought after ‘Troglodyte VIP’, showcased on Andy C’s proclaimed Nightlife 6 series, there’s also another fresh offering which boasts of his well-pedestalled credentials.

‘Raindrops’ acts as a perfect starter, reintroducing you to the bass-rooted artwork which Culture Shock manifests with absolute precision. It certainly makes a statement on impact, with warming synths that know how to take a track into different breadths of sound. Cool, refreshing yet stimulating with each electronic pulse, it’s named aptly as you’re unable to detach yourself from its strident melody. Effortlessly sophisticated, he establishes a hook ensuring ‘Raindrops’ doesn’t lack the heavier elements which underpins his composition. A signpost detailing that Culture Shock is back, this record firmly reasserts the producer as a bassline trend-setter.

Rolling out next is the reimagining of Troglodyte, one of the most rocketing dnb anthems to step out of the last five years. You already know the skull-cracking impact of its predecessor, but now it’s time for a different sequence of peddled madness. With diced up vocal snippets continuing to play an important role in its hard-lined conveyer belt of production, there’s now a fluctuation of note patterns opening up a different perspective. However, it takes the same path, leading to a drop which continues to ricochet after it’s first fired and bares it’s teeth just as aggressively.

Culture Shock nods to past and present with this next release, revamping a contemporary classic, whilst demonstrating longevity on tracks like ‘Raindrops’. Continuing to make new ground, this end of year release signals big things to come… It’s definitely a move to watch closely!