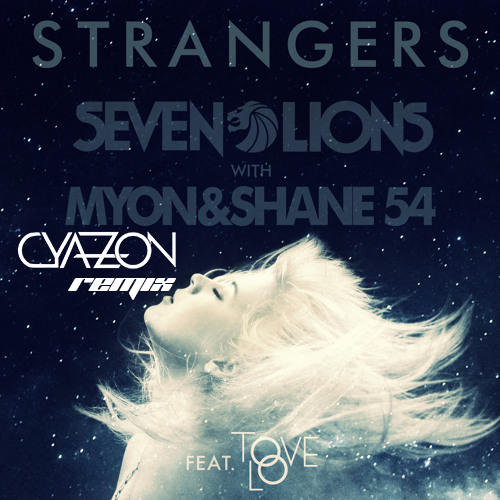 Cyazon continues to go above and beyond with his artistic flair, constantly pushing the boundaries of conventional music with his vast range of beautifully unique influences that take you on a journey through music through his unmatched vibe and discretion of the sound of futurized music. Cyazon’s sound lays somewhere between Synthwave and Dubstep that overall depicts one of the biggest influences of his career – the dark undertones of abandoned streets, with the blurs of neon lights from Bladerunner’s metropolis. His career has garnered quite the attention ever since his career began to make traction after a seriously impressive release ‘Hyperdrive’, which accumulated over 64,000 streams on Spotify supported by Au5, one of the biggest and rising artists in electronic bass music.

Cyazon is back with his latest remix flip of ‘Strangers’ after drawing inspiration from the original smash hit by American producer Seven Lions and Hungarian electronic music duo Myon & Shane 54 featuring vocals from Swedish singer-songwriter Tove Lo. In true Cyazon style, he flips the track on its head to reveal an electrifying culmination of room-filling energy made up of booming and eclectic drums zapped with supersaw synth leads that fill every corner of the room with speaker splitting bass and powerful electronic melodies. The most mesmerising part of the production is the drop, where the tension rises as a barrage of drums build up to a melting point before the sweet release of the gigantic drop which hits new heights for the release as a huge bass and drum combo fractures the sub frequency range.

Ensuring he stays ahead of the curve, Cyazon ensures he brings something fresh to every release and he has no doubt ramped up this production with a professional standard to something enjoyable for lovers of that gritty Cyazon sound he has built his career from. He has seen improvement as a result of hard work and dedication and his talent for the art of production has ensured bountiful successes in the industry and his latest remix flip of ‘Strangers’ tops off another impressive release to add to his discography. 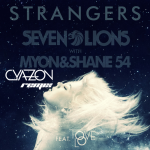