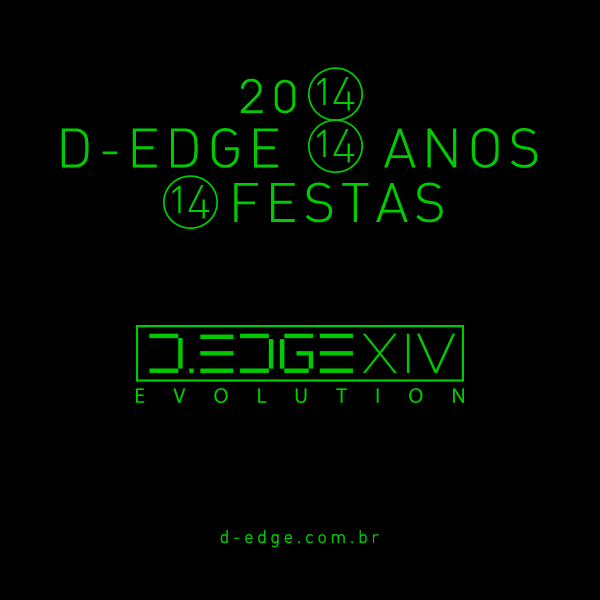 D.EDGE completes 14 years of being the leading club in the whole of Brazil 14 special parties and 14 special collectors’ edition posters.

The concept for the series is D.EDGE EVOLUTION, which will show the evolution of the club from its initial home in Campo Grande to SaoPaulo and on to its future in Rio. The D.EDGE EVOLUTION will be presented across all channels during this party series including on flyers and banners. But the extra special thing is that will also be the special collectable and limited edition poster series available with each party.

Known for its futuristic architecture, mesmerising lights, beefy sound and excellent service, D.EDGE focuses on a very special music program and presents only the best electronic music artists every Thursday, Friday, Saturday and Sunday. The club has played host to every one from Soul Clap to Sven Vath to Richie Hawtin to Luke Solomon in recent times, has undertaken world tours, has hosted parties around Europe and events in Berlin. With the new club in Rio just about to open, and with Brazil in everyone’s mind this summer thanks to the World Cup, D Edge is right at the forefront of the country’s scene and always has been.

The Birthday events start on April 17th with Diynamic man Stimming and hero resident and label boss Renato Ratier. From there nine more parties will play out until 19th May and guests will include the likes of Tiefschwarz, Phil Kieran, Miss Kittin, Claptone, Dubfire, Justin Martin, Ten Walls and more to be confirmed.