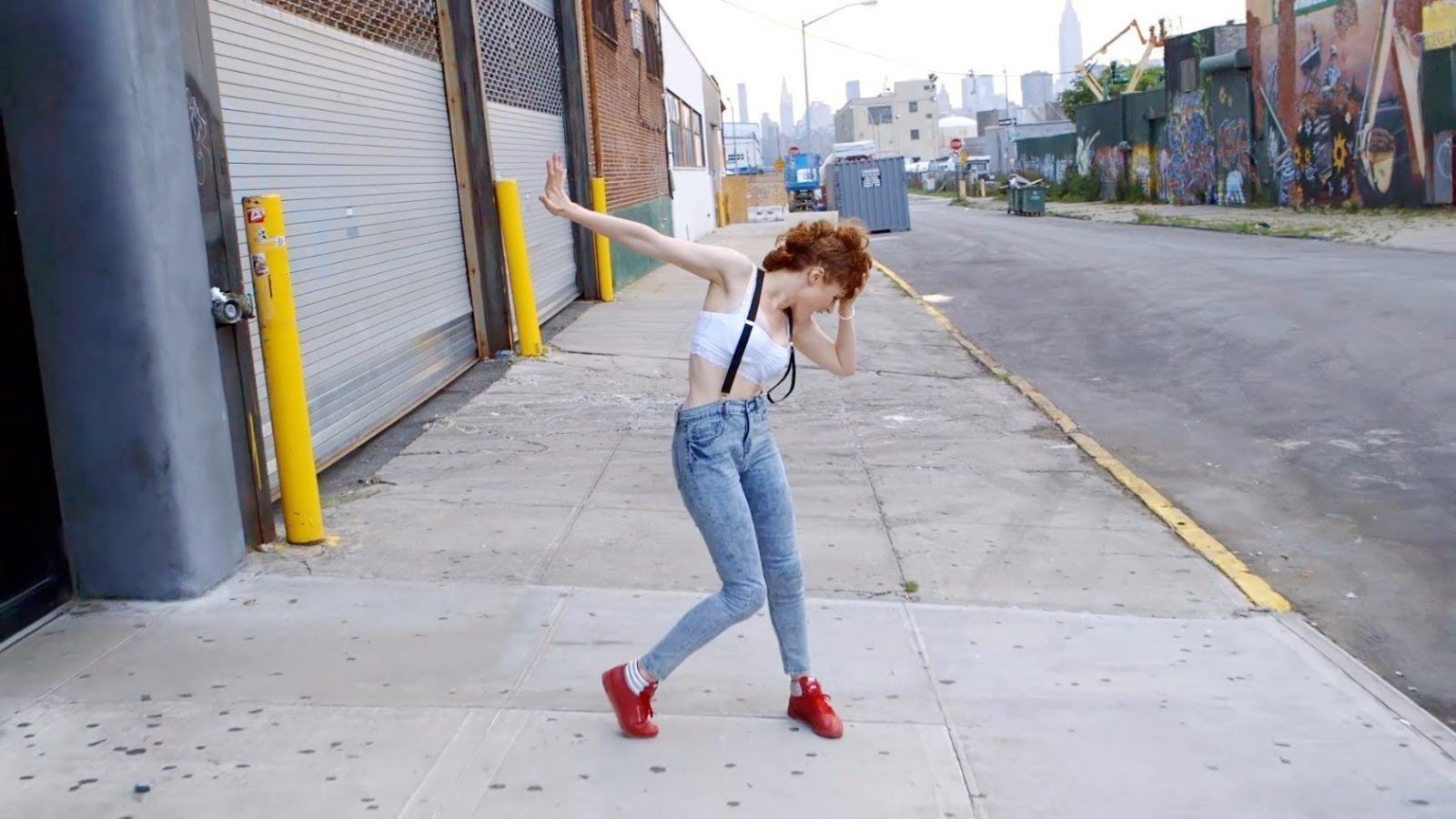 ‘Hideaway’ the debut release from Kiesza, has shot straight to the top of the official UK charts with sales of over 136,000, the Official Charts Company have confirmed – becoming the third fastest selling single of 2014, behind Clean Bandit ft Jess Glynne (163,000 week one) and Pitbull ft Ke$ha (139,000).

‘Hideaway’ released on New York indie label Lokal Legend, has a rhythm of body-moving propulsion lifted straight from the dancehalls of the 1990s  – picking up a phenomenal response for a debut single from a new artist.

The track inspired by nights out at epic NYC hotspots like Body & Soul has smashed over 4 million views on YouTube with the amazing one-take, self-directed video for ‘Hideaway,’ shot out on the streets of Williamsburg, Brooklyn – highlighting her spectacular dance skills and background as a trained ballerina.  Shaped by the dance battles of New York City nightlife, the video emulates the best of 90s street dancing and club jams, to early Madonna throw back.

With Hideaway peaking at #2 in the Spotify viral chart, enjoying over 2 million Spotify streams in just 22 days and being one of most pre-ordered singles ever – ‘Hideaway’ has clearly connected with the UK public, also hitting the top spot of the Shazam chart for six weeks running with even Radio 1’s Greg James parodying the iconic video in his very own version.

Her unrivalled energy translates through to her live show, with her debut London headline show at Electrowerkz on 22nd May selling out in a matter of hours.  This will be the one and only place to check Kiesza before she hits all of the major UK festivals including Glastonbury, Lovebox, Wireless, Bestival, Parklife, Ibiza Rocks and more.  Summer looking big for this house diva!

Proving that there’s much, much more to her than ‘Hideaway’, Kiesza covered Sigma’s #1 ‘Nobody To Love’ mashing it up with Lauryn Hill’s ‘Doo Wop (That Thing)’ in the 1Xtra Live Lounge alongside an incredible live performance of Hideaway. She’s also proved her musical ability with sessions for Capital Xtra and Kiss FM as well as a mini-mix for Annie Mac on Radio 1, picking up extensive press coverage across the board from Hype Machine right through to features in i-D, Mixmag, Evening Standard and Time Out.  An artist herself, she creates her own art, including the incredible single design for Hideaway.

Kiesza, has a backstory like no other, experiencing more than any of us could expect from the latest Wes Anderson production.  A trained ballerina, she spent her teens sailing in the Navy, with her shooting skills so sharp the Army tried to recruit her as a sniper; instead, Kiesza sailed to Hawaii where she taught herself to write and play music a top of 132ft tall ships.  She soon relocated to New York where she became absorbed in the city’s club scene and nightlife – which has naturally fed back into her music.

With forthcoming material soon to follow and a debut album due for release later this year, Kiesza is one multi-faceted artist you are going to be hearing a lot more from in the very near future.