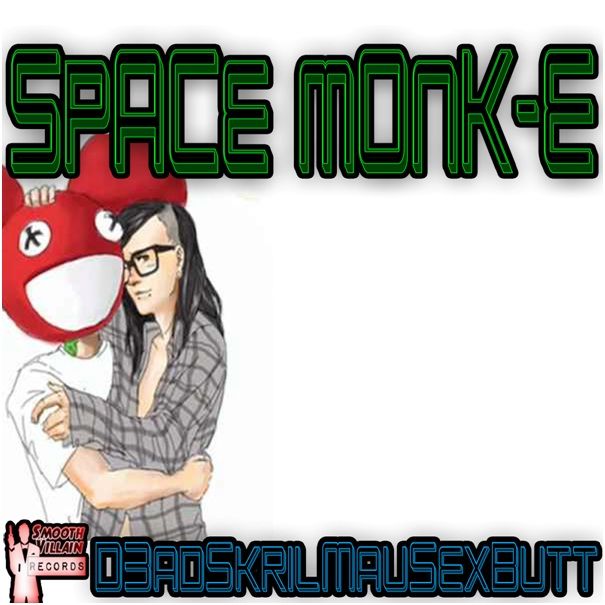 Released on the 11th of January, 2016, ‘D3adSkrilMau5exButt’ is Space Monk-E’s latest creation, set to hit 2016 with a bang. Along the past years, DJ and producer Space Monk-E has been one of the finest talents on the US East Coast’s EDM scene and is now seeking to put his name on the map within the international Dance music panorama.

Whilst being a highly in-demand DJ, performing all over the North American continent, Space Monk-E has also established himself as a producer, boasting a unique and eclectic style that is making big waves. The mastermind behind hit projects like: ‘Static’, ‘Burn’, ‘E Everybody’ and ‘The Come Up’ amongst others, is now back to form with his fresh banger ‘D3adSkrilMau5exButt’.

Rooted within the Dubstep genre, ‘D3adSkrilMau5exButt’ kicks off with a series of leftfield effects and a typical Drum n’ Bass groove, whilst darker synth tones are introduced into the mix. Space Monk-E devices heavy bass-lines and distorted elements before heading into a mellower breakdown, later bursting into a colossal drop. A string of variations on the main theme are then launched, whilst the track leads towards a stylish conclusion.

Space Monk-E’s newest banger ‘D3adSkrilMau5exButt’, is now part of the growing Smooth Villain Records catalogue. A regular artist within the Smooth Villain family, Space Monk-E has become a central figure for this label, amongst other stellar names like: GenRx, Murmur, Kairo, Vinny Vega, Jack The Sipper, DeadRomeo and Jennifer Haley to name a few. Since the very start, this versatile imprint has been releasing top-notch projects and with a quality artist like Space Monk-E on their roster, such a successful streak is sure to continue in the months and years to come.