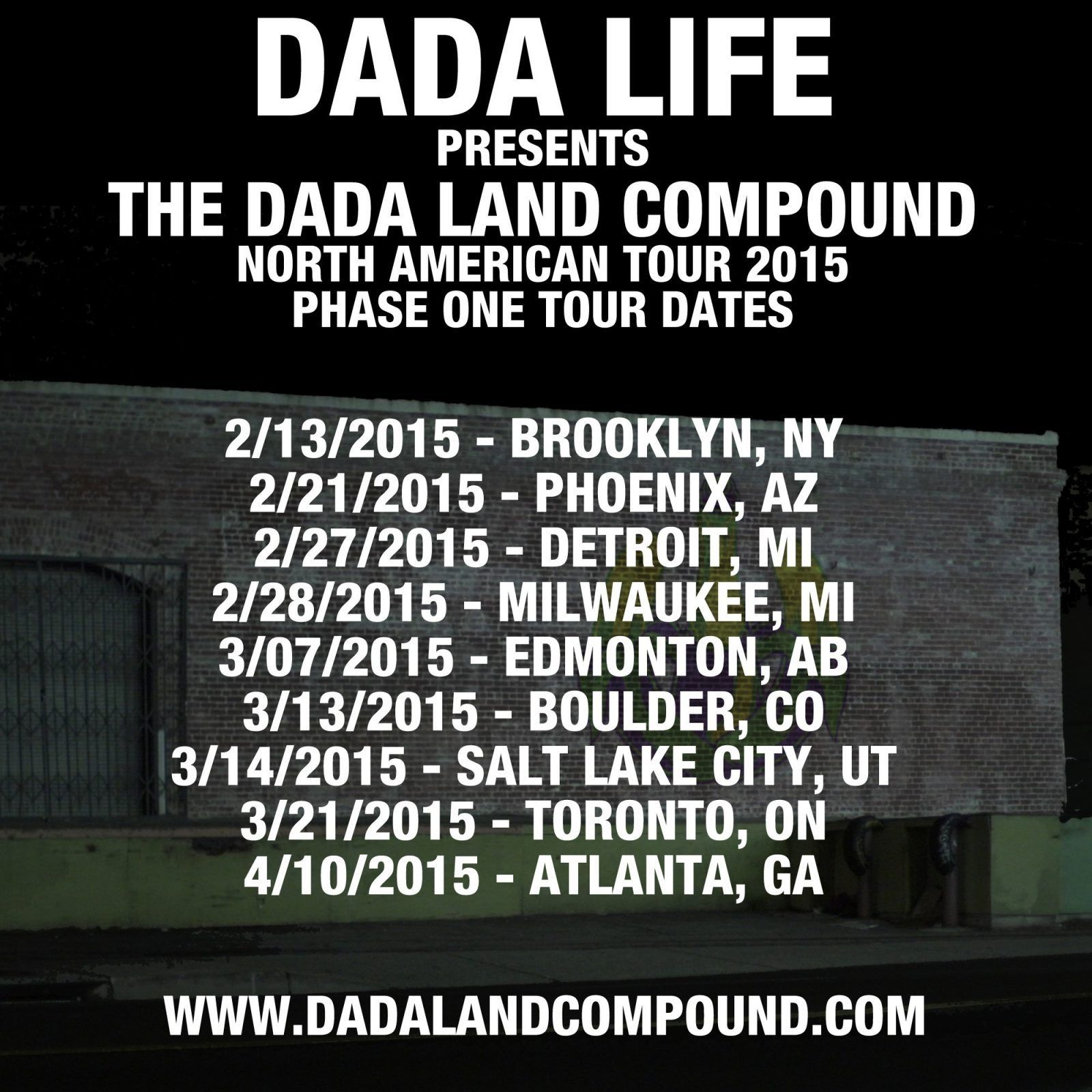 On Friday February 13th, on the darkest outskirts of Brooklyn, NY, the charismatic duo that is Dada Life will unleash the first in a series of their notorious DADA LAND COMPOUND 2015 parties.

Since a 15 second video broke late last week, fans around the world have been furiously debating what champagne flowing down a drain could possibly stand for. Now the meaning is clear – spanning three months and two countries, Olle Corneer and Stefan Engblom will bring to life a concept that has been a year in the making, and deliver fans an event unlike anything they’ve experienced.

“For us,” explained Stefan and Olle, “it’s about giving the Citizens of Dada Land something that will never be reproduced, in a venue that they’ll probably never go to again in their lives. We’re bringing a massive stage production with us. It will be unique and it will get ugly, it will be everything that Dada Land stands for!”

Toby Benson, the group’s manager added, “It’s the most ambitious tour we’ve ever attempted. Stefan and Olle really wanted a fully immersive environment for this tour, so we’re building the production from the walls in… everywhere you turn will be Dada Land!”

Thousands have already experienced what Dada Life can do when they put their minds to it, whether arriving via hot air balloon to their own headline festival in San Bernardino last July or breaking a Guinness World Record for the largest pillow fight in history! Known for their tongue-in-cheek take on dance music as much as for their huge stadium anthems, Olle and Stefan now embark on the biggest tour of their careers so far and for the Citizens of Dada Land across the USA and Canada, it will truly be a once-in-a-lifetime event.

More Dates To Be Announced

Tickets go on-sale for Phase One Shows on Dec 19 @ 10am PST at www.dadalandcompound.com