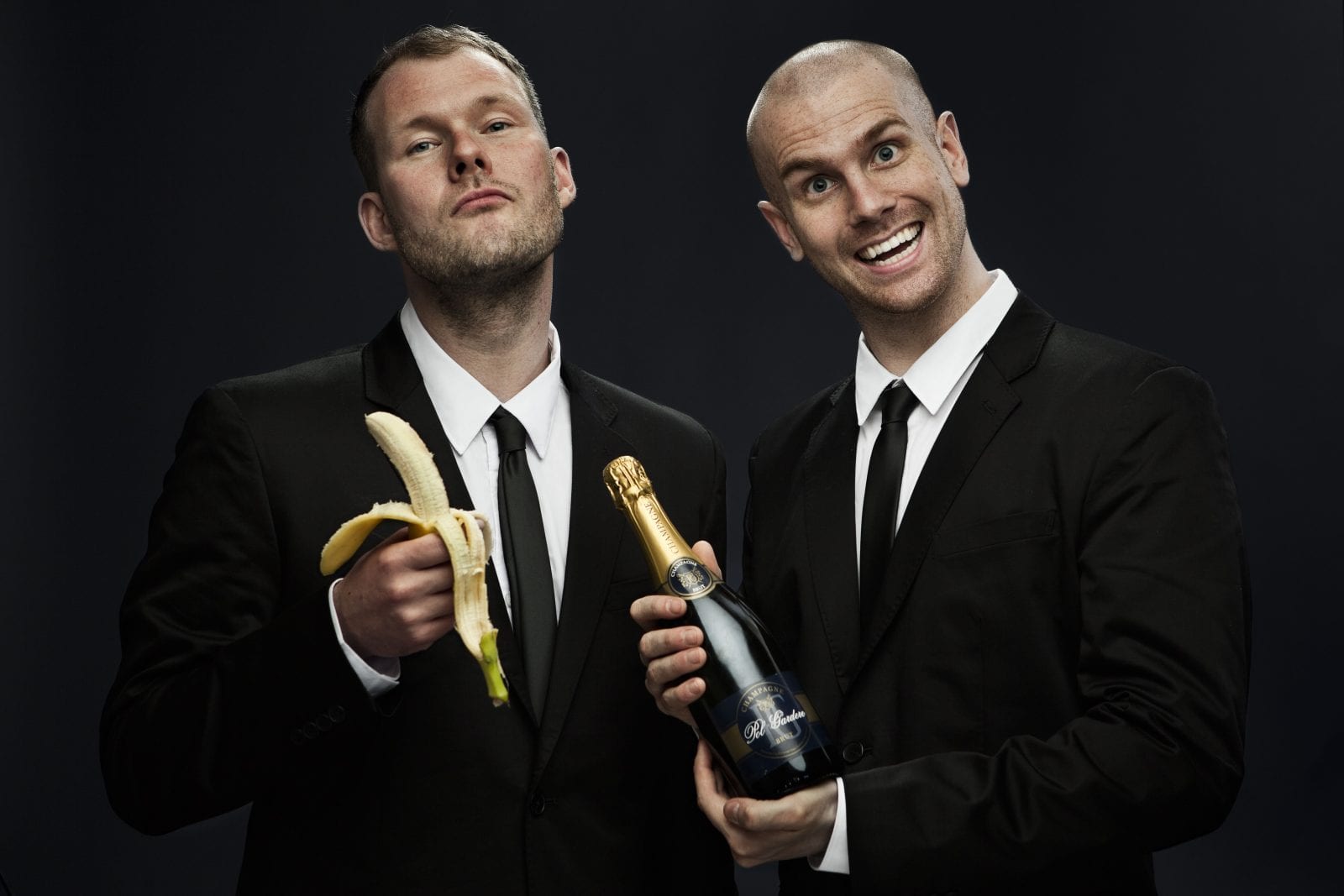 Bananas make up over half of all fresh produce bought in America – but if a deadly virus currently raging through Asia and now in parts of Africa makes its way over to South and Central America, everyone’s favourite yellow fruit could be in real danger.

“We use bananas for everything, seriously,” says Olle Corneer, one half of world famous Swedish electro superstars Dada Life. “They’re on our rider, our fans come to gigs dressed as them, they’ve even on our logo. Imagine if we can’t get hold of them any more, it’s a crazy thought.”

Bananas will be the overriding theme of the Swedes’ second official GUINNESS WORLD RECORD attempt when they host their own festival, The Voyage, at the San Manuel Amphitheatre in San Bernadino, California, on July 18TH. Looking to break the record for Most People Dressed As Fruit – obviously bananas – Dada Life hope that behind all the fun, there will be a more serious message.

BUY TICKETS TO THE VOYAGE 2015

“Looking after banana farmers is one way that we can help them protect their crops against the disease,” Olle’s partner Stefan Engblom continued. “At the moment they don’t get much money, which means that they can’t properly fight the spread of the Tropical Race 4 disease.

“We decided to partner with Fair Trade USA because they make sure that farmers get more money to invest in their crops and in their communities. All the bananas we use at our shows – and it’s a lot for two guys – they’ll all have to carry the Fair Trade Certified sticker. We want to spread the word as well, get our fans involved, make sure that they start looking out for Fair Trade bananas too.”

“The Fair Trade Certified logo signifies that your banana was grown according to strict social and environmental standards, and that farmers earned additional money for their hard work,” said Jenna Larson, spokeswoman for Fair Trade USA, the leading certifer of Fair Trade products in North America. “We’re honored to work with Dada Life to educate fans about the power of their purchase, and the Fair Trade farmers behind the peel.”

•    Bananas make up over 50% of America’s fresh fruit consumption
•    The annual global banana industry is worth $44.1 billion
•    Bananas are the most traded fruit worldwide, and the fifth most traded agricultural product
•    The US imports approximately 31% of all bananas traded internationally, with the EU importing another 28% – well over half of all worldwide imports
•    Bananas are a key food staple for over 400 million people on the planet
•    70% of the world’s bananas are grown in South and Central America
•    Bananas are currently under threat from the deadly Tropical Race 4 disease which has ravaged farms in Asia and more recently in Africa – http://qz.com/164029/tropical-race-4-global-banana-industry-is-killing-the-worlds-favorite-fruit/