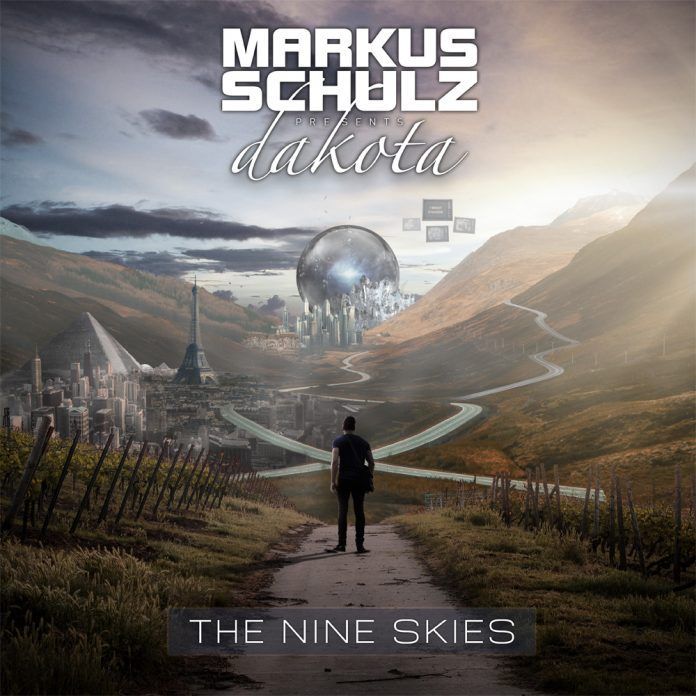 “Not so straightforward, is it?” remarks Markus. Both generally and rhetorically, he’s passing comment on life. However, in the closing weeks of 2017 & opening months of 2018, he could as easily be talking about the ‘how’, ‘what’ & ‘why?’ of Dakota’s stage show and its December-released 18-track LP companion, The Nine Skies.

Dakota has had its spiritual side from the off. The first and second ‘Thoughts Become Things’ albums were the pathfinders for this new, and possibly most definitive of Dakota projects. These releases were measures deployed to see if electronic music’s citizenry were receptive to something deeper and more involved.

Word back from the ‘Thoughts’ generation was: “ready”.

The tipping point for The Nine Skies’ didn’t occur however until last year, and the aftermath of the attack on Florida’s Pulse nightclub. “The final spur in the side”, was how Markus saw it at the time. “All the shit that’s happened after that has really changed things, but somehow that all seemed to start with Pulse. It just devastated me. Shook me to my core. It woke me up to the idea that, in general, we’re not on the right path. I believe to get us back there, to turn things around, anyone who is able has to do their bit. The Nine Skies is me trying to do mine in really the only way I know how”.

In respect of ‘The Nine Skies’, Markus’ own awakening started predominantly through books. “I started reading, he says, like a lot!” “At home, in hotel lobbies, on flights, in the studio. I’ve always had a lingering interest in spirituality and the desire to make some sense of life. It’s something I share with people that are close to me. We like to chat about the nature of things like dharma, prajna, true-self – all that stuff. It is how – over time – the ‘Skies’ came into being.

Markus has always seen Dakota not as an alias but as a persona – an identity even. “Sometimes I’m wearing Dakota’s head; other times it’s Markus Schulz’s, he says. Through that division, I’ve found the artistic space to make darker, moodier, deeper music. More exploratory and experimental gear… if that’s where my current state of mind is taking me.

Atypically, the entire The Nine Skies project – concept, show, album, et al, was wrapped and complete before but a word of it was breathed. “This, expands Markus, gave me an opportunity I’d not had before. It gave me a chance to shake up my usual release pattern. So in keeping with the progressive spirit of The Nine Skies/steps, rather than coming with dozens of shows and an album’s worth of new material frontend, I brought it one stage and single at a time. I felt it would give the audiences more time to digest and absorb what is undeniably a broader concept”.

Markus considers that if there’s one thing enlightenment does take, it’s time. ”Rarely, if ever, in life does something happen overnight”, he says. The release of the album’s first four singles was designed to reflect one of the possible journey arcs from darkness to enlightenment. That started with early-in-the-album track, ‘Mota Mota’ and ended with its penultimate one, ‘Spirit of the Warrior’. “It arches from one of the most ominous darkly-minded, night-black numbers I’ve written to possibly Dakota’s most uplifting, emancipating moment ever”, says Markus.

The underlying theme of each of the 18 tracks on the album broadly falls into one of the Skies’ nine realms. “That, cautions Markus, is not something that’s going to be immediately apparent the first time you listen to it. Give it time though, and over subsequent spins I think, you’ll get an ever-greater feel for the transitional passage the album is taking. From Sky.One’s The Follower, transcending right the way over to the ninth Sky: Nirvana.”

Dakota’s extraordinary The Nine Skies LP will be released through Coldharbour Recordings on December 8th. You can pre-order it through the following link: markusschulz.choons.at/thenineskies. Dakota adherents can also look forward, in the not too distant future to the The Nine Skies box set. This very special limited edition audio-visual release will include the DVD of Markus’ performance of The Nine Skies at Prague’s O2 Arena, as part of the Transmission 2017 event.