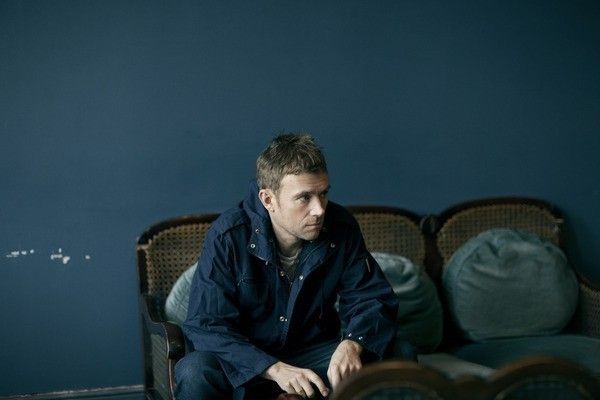 Damon Albarn, the British musician best known as the frontman of Blur, co-creator of one of the most popular virtual acts in the woorld, Gorillaz, and an integral part in supergroups such as The Good, the Bad & the Queen and Rocket Juice & the Moon will play EXIT’s Main Stage on Saturday 12th July, as part of a tour to mark the release of his first solo record ‘Everyday Robots’.

Damon Albarn will embark on a tour at the end of April starting in London, with further performances in Spain, France, Denmark, USA, The Netherlands and Belgium, and on July 12, Damon is coming to Serbia!

Damon Albarn has unveiled the lead single and the title track from his forthcoming debut solo album ‘Everyday Robots’ in January, whereas the video, a digital portrait of Damon by the artist and designer Aitor Thorup, is available at Damon Albarn’s official Youtube channel, at this link. The video for his new song, ‘Lonely Press Play’, was unveiled last Wednesday and was entirely shot by Damon on a tablet in Tokyo, London, Dallas, Utah, Colchester, Iceland and Devon.The new album explores the relationship between nature and technology, and features Brian Eno and Natasha Khan of Bat for Lashes as special guests.

The fifteenth edition of the ‘Best Major European Festival’ is marked with the sign of EXIT ADVENTURE, which first takes us to EXIT FESTIVAL, held from July 10 to 13, 2014 at the Petrovaradin Fortress in Novi Sad, only to continue at SEA DANCE FESTIVAL, held from July 15 to 17, 2014 at one of the most beautiful beaches on the Adriatic Sea, Jaz Beach. Get ready for an unforgettable road trip and enjoy a diverse range of artists, for seven unforgettable nights spent with your best mates in the sizzling hot Balkan sunshine. Sounds good? It’s time for EXIT ADVENTURE!

Getting to EXIT is easy! The nearest airport is Belgrade, with flights from the UK with JAT and Wizz Air and many others with all European carriers. Belgrade is only one hour from Novi Sad and you easily can take a taxi or shuttle bus. EXIT Trip is the Official Travel and accommodation service for the EXIT Festival with the lowest prices guaranteed!