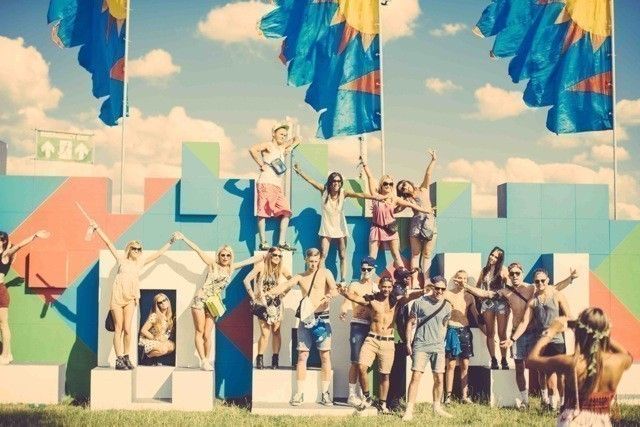 Award-winning and ground-breaking UK dance festival, GlobalGathering returns to Stratford Upon Avon on Friday 25th July and Saturday 26th July 2014 to showcase the world’s biggest DJs and discerning live acts. Winner of DJ Mag’s ŒBest Dance Festival’, GlobalGathering will once again pave the way for the clubbing elite and cement its status as a pioneering and influential mainstay on the festival circuit.

With the festival’s most diverse and eclectic line-up to date, GlobalGathering 2014 will see performances from dance music royalty The Prodigy, drum and bass masters Chase & Status and soulful chart-topper Katy B, as well as global dance music stars David Guetta making his UK dance festival exclusive, Alesso, Knife Party, Pete Tong, Eric Prydz and Jamie Jones. Leaders of the underground will also be showcased with the likes of Eats Everything, Dixon, The Martinez Brothers, Yousef, Maya Jane Coles, MK, Hot Since 82, and Darius Syrossian also gracing the bill.

With exceptional sound and world-class production as well as being creatively conscious throughout, the two-day event has once again confirmed its association with a host of world-class labels and powerful clubbing brands. GlobalGathering partners with some of the biggest brands including principal UK bass promoter UKF , ground-breaking trance institution Godskitchen, UK seminal house label Defected, Ibiza’s finest exports Paradise and Circus as well as drum and bass stalwarts Hospitality. After the success of their debut partnership last year BBC Radio 1Xtra will be returning as well the inimitable BBC Radio 1’s Essential Mix LIVE arena to showcase a host of exclusive an unique back to back sets from rising stars to highly respected veterans of the scene.

With each stage showcasing a different aspect of the dance music spectrum, GlobalGathering is a true education for any electronic music enthusiast, turning an airstrip into a raving wonderland for two-days of music driven utopia. From the Ibiza vibes explored at Jamie Jones’ Paradise stage through to the bass-heavy beats of UKF LIVE via the exhilarating sounds of Godskitchen, GlobalGathering has become the most powerful and significant dance festival, giving festival goers the chance to experience the world’s best DJs and live acts in an imaginatively put together setting.

Headlining the main stage arena and returning to GlobalGathering for the first time since 2009 are dance music pioneers and living legends The Prodigy. The dynamic trio will show their legions of fans why they have been at the forefront of the underground scene for over two decades. Premier drum & bass pairing Chase & Status, who will be performing their much-hyped live show, in what is guaranteed to be an explosive and memorable performance. Album chart-topper and first lady of Rinse, Katy B, will also be showcasing her live fusion of garage beats and soulful melodies. Also sharing the main stage bill, will be BBC Radio 1 host Annie Mac, who will bring with her a selection of fresh cuts and the kind of party vibes that she has become synonymous for the world over. EDM duo Knife Party also make an explosive return to Long Marston Airfield to make their debut on the main stage.

Chase & Status commented: ‘We’re really looking forward to bringing the live show back to GlobalGathering this summer, we always see scenes of carnage from the crowds at Global and we’re sure that this year will be no different.²

After the success of its debut last year, BBC Radio 1Xtra returns to GlobalGathering to host its own arena. Confirmed to headline will be Sub Focus, armed with his inimitable live show and unique hybrid of drum and bass and dubstep, with Belgian drum and bass super star Netsky also set to bring his acclaimed live show. The UK’s biggest breakthrough act of 2014 Gorgon City are also confirmed as is GlobalGathering regular and 1Xtra radio presenter Mistajam. Other highlights include UK hip-hop duo Krept & Konan, Fuse ODG and All About She.

BBC Radio 1 will be presenting their world-famous Essential Mix LIVE arena and for the first time will be playing host to b2b sets from the dance music elite. Headlining will be one of the world’s most in demand underground DJs Eric Prydz. In what is guaranteed to be a festival highlight, dance music pioneer and Radio 1 DJ Pete Tong will be going back to back with acclaimed Bristolian DJ Eats Everything. Progressive music pioneer Sasha will be playing alongside Saved Records head honcho Nic Fanciulli, whilst dubstep originator turned house hero, Skream, will also be playing alongside the leader of contemporary electro-boogie Tensnake. Chart breakthrough DJ/Producers, Breach and Duke Dumont will also be playing.

Returning for the fourth year to host its own stage will be pivotal drum and bass label Hospitality, now in its eighteenth year. They return with a plethora of talent including sets from High Contrast, London Elektricity, Camo & Krooked, Fred V & Graffix and S.P.Y. The stage will also feature special guests including, jungle pioneer Hype, plus TC and Sigma. MC duty will come courtesy of heavy weights including Wrec, Dynamite, Linguistics, SP:MC, Carasel and Texas.

Continuing on the bass theme, UKF Live are confirmed to host a stage and showcase their sound of bass heavy beats. Pretty Lights will be performing a live set with his unique fusion of sampled-based beats, Shogun Audio head honcho Friction, Digital Soundboy label owner and jungle heavyweight Shy FX will be playing, as will Ram Records’ Wilkinson, spinning drum and bass to the crowds. Much-loved Garage ambassador DJ EZ, will also be on the decks, as will BBC radio 1 presenter B Traits. Fresh new talent will be showcased through recent MTA signing KOVE plus Hannah Wants, My Nu Leng and Pegboard Nerds covering a broad base of the global bass-led styles.

Friction enthused: ‘Can’t wait to be back at GlobalGathering this year! It’s where I’ve had some of my most enjoyable moments as a DJ!²

Returning for the second time, Global are thrilled to be bringing back the Paradise Arena, hosted by Hot Creations head honcho Jamie Jones. Having become an Ibiza must-see artist with his hugely popular residency at DC-10, Jamie will offer a taste of the white isle showcasing the deeper sounds of house, tech house and techno. The arena will feature Resident Advisor’s No.1 DJ, Dixon, plus The Martinez Brothers, Richy Ahmed, Waff and more.

Also bringing a flavour of Ibiza will be the Circus stage presented by Yousef and in association with Thump. Confirmed to perform will be leader of the new school of house and techno Maya Jane Cole, vibrant young producer Ben Pearce and Sankeys resident Darius Syrossian. Leeds based DJ and producer Hot Since 82 will also perform, as will bona fide house music legend Dennis Ferrer.

Representing the underground dance scene will be seminal UK label Defected armed with a selection of house and techno’s finest. Returning to GlobalGathering will be in demand remixer MK, who recently hit the top spot with his Defected released edit of Storm Queen’s ŒLook Right Through’ as well as techno ambassador Green Velvet. Other Defected highlights include Guti who will be performing live as well as Shadow Child, Gotsome and label boss Simon Dunmore.

MK said: ‘Had a great time at Global last year, looking forward to headlining the Defected stage this year!²

Godskitchen, one of the biggest and most ground-breaking dance brands in the world, will once again be bringing the trance elite back to GlobalGathering. Showcasing the biggest names in the euphoric scene including a UK debut from trance super group New World Punx who’s members are Markus Schulz and Ferry Corsten, Cosmic Gate, John O’Callaghan, Aly & Fila, and Jordan Suckley.

The Global Freight Depot will feature a takeover from Ram Jam’s very own David Rodigan. Showcasing sounds inspired by reggae and dancehall will be the likes of BBC radio one DJ Toddla T, garage and dnb veteran DJ Zinc and dub enthusiasts Mungos Hi Fi. Other highlights include Mele and member of the revered dubstep super-group Magnetic Man, Artwork. The Global Freight Depot stage will also see a Born Electric takeover with the likes of eclectic DJ and technical wizard James Zabiela, Hot Flush lynchpin Scuba and Cyrez D aka Eric Prydz amongst others.

The Bunker, one of the most exciting and unique spaces on any UK festival site, returns for it’s second year with a new direction and a unique immersive experience in association with Jagermeister. Parties over the weekend are hosted by new electronic music champions Eton Messy and one of the UK’s most exciting and established venues, The Rainbow, presenting its home grown clubbing brands FACE x 10:31.

With even more acts and exciting new production details yet to be announced  it’s gearing up to be the most spectacular GlobalGathering to date.

Weekend Tickets (including camping and parking):

PLEASE NOTE: Saturday General Admission and Saturday VIP Tickets go on sale in May 2014. For further information on tickets please visit the website.

GLOBALGATHERING 2014 LINE-UP BY ARENA PERFORMING ACROSS BOTH DAYS
For further information on the 2014 line-up visit www.globalgathering.com/line-up