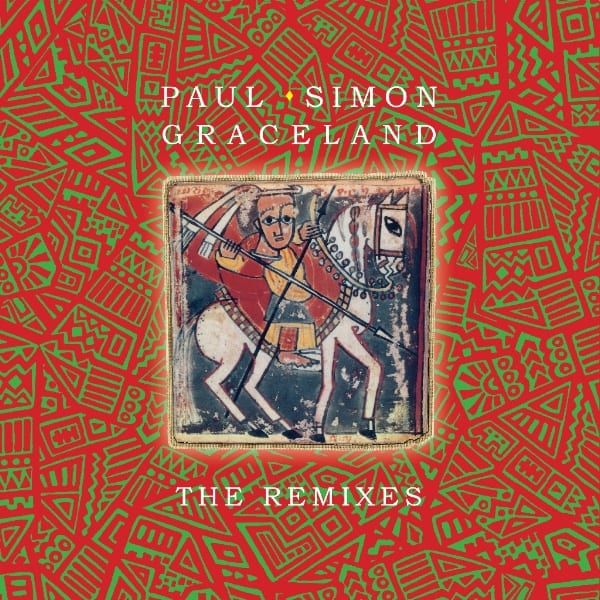 Acclaimed as one of the most iconic records in rock and roll history, Paul Simon’s GRAMMY-winning 1986 album Graceland has received a special 2018 reworking, with the likes of MK, Richy Ahmed, Paul Oakenfold, and Groove Armada all spinning their own unique interpretations across the release—the first time a classic album has been reimagined in its entirety.

“To say it was an honour to mix one of Paul Simon’s tracks is an understatement,” said Richy Ahmed, referring to his thunderous remix of ‘The Boy In The Bubble.’ “It is one of my favourite tracks ever.”

“What do you say when someone asks you to remix a classic? Well normally, No!” laughs Andy of Groove Armada.

“It’s a rule we’ve managed to follow for 20 years. Until we got a call about remixing a track from Graceland. Here was an album…which had opened our ears to a new world of sound. We decided to break the rule because we could choose a tune. In [“You Can Call Me Al”] was a horn riff which we’d been dropping in our sets ever since we tried it at Fais Do-Do’s Ballroom in LA back in 1998 and it created an electric moment of dancefloor unity. So the remix wrote itself and our ace-in-the-pack Horn Drop is now public property.”

The project, consisting of 12 remixes from a range of artists representing a wide array of styles from Deep House, Afro House, DnB, Tech House, and many more, was overseen by producer and project curator Michael Gaiman, AKA The Duke of New York.

A celebration of Graceland’s impact on world music, the release marks 32 years since the album introduced a diverse cast of musicians, including the bold use of native South African performers at a time when the Western world had boycotted them due to the apartheid that threatened to tear the country apart.

Exposing audiences to the notion of “world music” from diverse corners of the globe, this cultural exchange eventually created a through-line to contemporary electronic music, the cornerstones of which involve capturing and sampling other instruments, field sounds and recordings to create bold, alternative compositions.

With groundbreaking reimaginings of every timeless Paul Simon Graceland track by a wide spectrum of acclaimed electronic dance music artists, Graceland – The Remixes album is set for release June 1 with the first 5 tracks out today, 6th April.