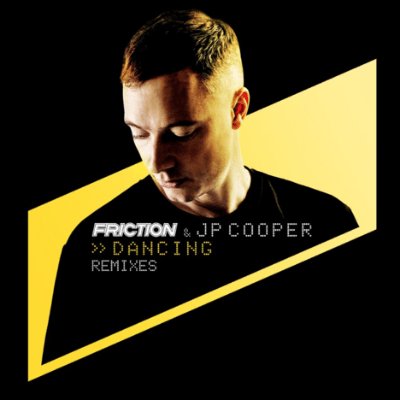 Taken from Friction’s upcoming ‘Connections’ album (released on 7th September), ‘Dancing’ receives three stunning reworks, with mysterious drum & bass producer Dawn Wall the first to spin his own take on the original. Since emerging onto the scene back in 2015, the identity of Dawn Wall has been one of the most hotly discussed topics in the drum & bass scene, with the producer’s ‘Dancing’ remix primarily focussing on a liquid style, blending rolling percussion with lush pads.

The mix is of stark contrast to the rumbling rework offered by Glaswegian duo Illyus & Barrientos, who coat their edit in a warm four-to-the-floor style which their signature blend of driven house has become famed for. Rounding off the package with the talents of El. Train, who – like Friction – was born in Brighton, the UK producer laces his own mix with a luscious blend of  synth-heavy electro beats with a heavy nod to the tones of the US West Coast.

Joined by JP Cooper, the singer/songwriter has garnered a reputation as one of UK’s most in-demand and fast-rising talents, receiving critical acclaim on his uplifting ballad ‘September Song’ and platinum-selling Jonas Blue collaboration, ‘Perfect Strangers.’

Having hosted his own drum and bass show on BBC Radio 1 and 1Xtra, Friction has also produced under his alter-ego’s name FineArt, focusing more on bassline and house, where he launched Maraki Records alongside My Nu Leng.

The remix package for ‘Dancing’ is out now.