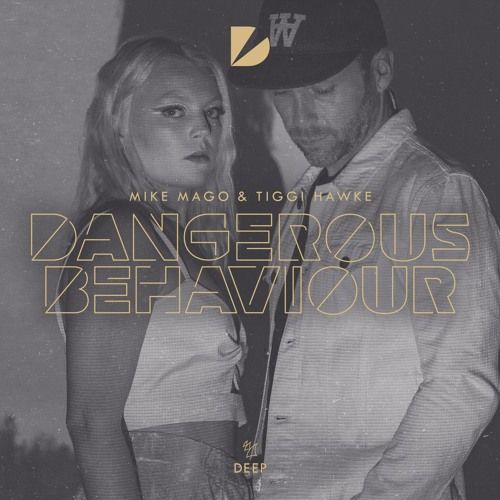 Picking up the pace after his 'Crossing Borders EP', Mike Mago has returned to Armada Deep for his next phenomenal outing. A link-up with London-based pop prodigy Tiggi Hawke, 'Dangerous Behaviour' is not to be trifled with.

Upbeat and stupendously infectious, 'Dangerous Behaviour' is going straight for a ten-out-of-ten rating. Immersed in swaying rhythms, sing-along vocals and a double dose of catchiness while remaining on point in every aspect of the production game, this unbridled radio smash is fun and exciting, which is
exactly what makes 'Dangerous Behaviour' so appealing.

Mike Mago: "For me, 'Dangerous Behaviour' is all about empowerment. While the song itself sounds light-footed and energetic (I feel that is somewhat my trademark), the lyrics are meaningful and layered. It is my first in a row of tracks where I move a bit away from my normal 4×4 stuff. For those who know me from that, not to worry. There's a cheeky VIP edit coming alongside the release."

Tiggi Hawke: "'Dangerous Behaviour' is written for someone who makes you act out your desires – even if you would never normally dream of it – by taking you out of your comfort zone and empowering you. It was written about a very positive experience, so the song has a lot of energy and is quite playful. It's about letting go and challenging them to keep up with what they started!"

The head honcho of the famous, Amsterdam-based BMKLTSCH RCRDS label, Mike Mago has been setting dance music trends for years. His 2014 smash 'Outlines' sold double platinum in the Netherlands and hit the Top 10 of the UK Singles chart, and his top-drawer originals and remixes helped him stake a claim as one of the most consistent producers in the game, with support ranging from Rudimental, Sander van Doorn, NERVO and Afrojack to Mark Knight, The Magician, Crookers and Tensnake. While previous release 'Crossing Borders EP' earned Mike Mago coverage on Billboard, dozens of plays across the most reputable broadcasting stations and over 3.5 million streams on Spotify, 'Dangerous Behaviour' sets out to set the bar even higher.

Classically trained and a gifted wordsmith, Tiggi Hawke has become well-known for the gloriously colorful pop music she rightfully considers one of the most powerful weapons in her musical arsenal. Fully committed since walking out in front of an audience to sing her own material for the very first time, the U.K. revelation is able to crystallize a sense of drama in a way that resembles the likes of Charli XCX and Ellie Goulding and shows that she deserves to be up there with the very best through her work on 'Dangerous Behaviour', which follows her 2016 debut EP 'Burn Notice' and the release of 'Neon Dancer' earlier this year.