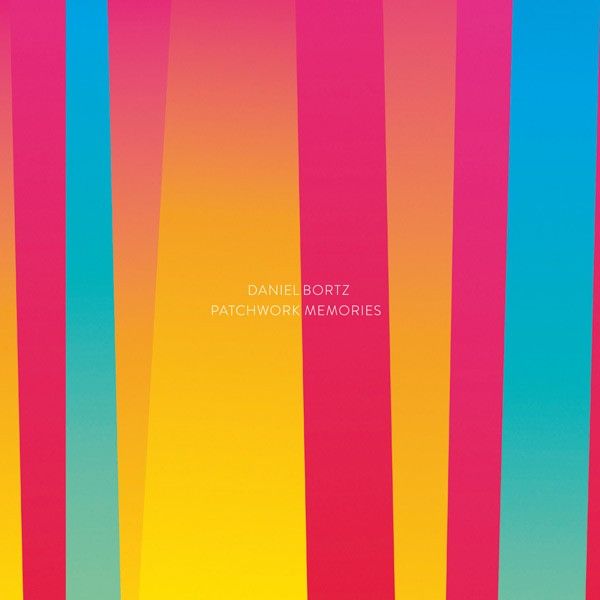 Daniel Bortz is no friend of excess. Anyone familiar with his previous work is aware of the clear contours that permeate and define his tracks. Overkill, in any case, is not in his repertoire. What Daniel Bortz does instead is pack compatible sounds together from all the drawers in the ‘beat’ cabinet and arrange them into a system bearing his own Inimitable signature. And that’s how this album works.

Its doors are open, and they in turn open up a stylistic spectrum that effortlessly expands the borders drawn by his previous discography. But it simultaneously comes together as a single unit far more substantial than the mere sum of its parts. Here the individual elements transform to serve a mood, a feeling. Bortz is unmatched in how he crafts his sounds, how he modulates reverb depths, how he opens spaces and inserts details between the tracks with the precision of a Swiss watchmaker. His nonchalance in turning apparently cool vibes into a fiery inferno is the definition of informed understatement.

“I work a lot with tunings. It takes a lot of work to make a few harmonic elements fit perfectly together. A lot of people just turn a sample into a loop, but I make sure that even the bass drum and percussion match the tonality of the sampled sounds and harmonise with one another“.

Daniel Bortz has an infallible knack for reducing things down to the nitty-gritty; to constantly limit elements to their bare minimum, even if nowadays ‘minimal‘ is considered an absolute no-no. But none of that bothers the Augsburg musician much; he is just as aware of his special status in the close-knit Bavarian scene as he is of the sceptical prophecies of Berlin’s music buffs.

“Since 2007 I‘ve been hosting a monthly party series in Augsburg with Forza Electronica. While being a music producer here has its challenges, I don‘t just want to play for those in the know. I like appealing to a mixed audience that doesn‘t mind if I occasionally play a slower track or a song by Whitney Houston or Phoenix. I feel very much at home in Bavaria. You‘re kind of left to your own devices here, but through that you assume a neutral position. It feels more free and independent than being constantly associated with certain scenes or certain people“.

And so to the new opus you have before you. ‘Patchwork Memories’ becomes tangible as an experience through the depth of these moods, through the immediacy he applies in portraying his memories. These are memories Daniel has scribbled down in sketches and arrangements over time. For the album he returned to them, carefully picking those to resuscitate. He’s somehow managed to accomplish this audio self-revelation without stumbling into self-immolation and, most importantly, without losing sight of the laws of the dance floor. Those suspicious that LP productions are for the head(phones) and not for the feet will be astonished at how ‘Patchwork Memories’ brings both to life.

It all starts with ‘Alone at Home’, featuring an ocean-depth diving down tempo vibe that rivals the track’s title in telling the song’s story. The deep minor piano appears right away as Daniel Bortz’s unmistakable trademark. Other gems include ‘Spend the Night’, bearing an instantly irresistible vocal loop as an endless hook joined by Daniel’s bassy voice, which appears intermittently throughout the album. ‘First Love’ features singer Eva Gold and a Goldfrapp-meets-Moloko-under-a-mirrorball, kick drum driven disco vibe that makes the track the album’s pop highlight.

The memories continue, journeying through the laid-back stomper “Satisfaction” and its buckets of club coolness, ‘The Misery’ feat. Nils Corßen looking back on a love thought won but ultimately lost and ‘Pictures’, a teardrop cradled in discreetly rolling drums and delicate harp strings. The album closes, as all things should, with ‘Friends’, a thank you to all the anonymous people who indirectly contributed to its creation; to those who trigger memories, those who surround us and those who stay with us.