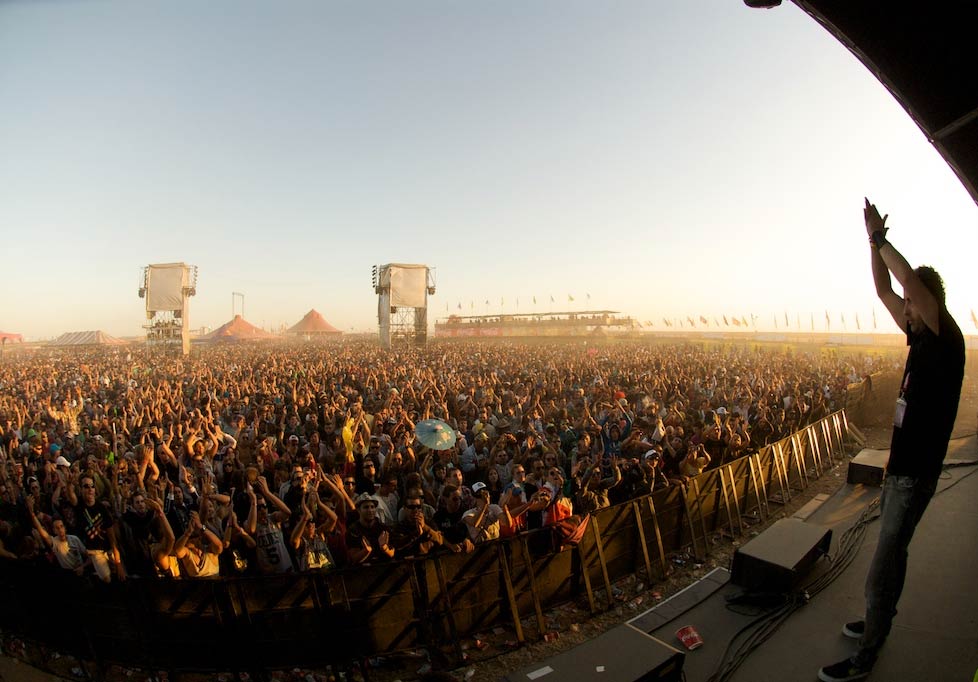 To mark the 500th edition of his iconic White Noise radio show, Dave Clarke returns to Dublin to record this very special event for broadcast on RTE.

Known as The Baron Of Techno, a moniker given to him by renowned BBC Radio DJ John Peel, DAVE CLARKE is no stranger to these shores. Dozens of headline DJ shows, festival appearances and residencies across the island spanning three decades has helped him build a strong association with Irish Techno fans. At the core of this special association has been Dave’s incredibly successful and long standing weekly radio show WHITE NOISE, which broadcasts on RTE 2fm and aims to cast light on aspiring producers he discovers in his Soundcloud Dropbox alongside more established artists.

For the 400th show in 2013, Dave broadcast live from the 2fm studio in the radio’s spiritual home, Dublin and for 500th show celebrations he aims to go one better. On Friday 24th July, Dave Clarke will headline The Academy in Dublin to record a very special event for broadcast for RTE, featuring a very special guest in the form of Berghain figure head MARCEL FENGLER.

“500 episodes is a special moment so the only place to do it justice would be the spritual home of White Noise, Dublin.” says Dave Clarke.

“I have been doing radio for so many years on and off, I started on Brighton’s “Festival Radio” back in the 90’s and learnt a lot from there, I was asked to do a stint covering Annie Nightingale on BBC 1 for 3 months and then did my “Technology” show for four years at the very beginning of internet broadcasting (although it was also broadcast on FM) but this WN 500 has just crept up and made me realise that it has almost been ten years of broadcasting and that I have complete freedom to play music I believe in and then I take it in that is on over 80 stations worldwide. So I would like to thank the stations for believing in me over the years (including the VPRO) and RTE for always being there pushing forward the boundaries and broadcasting such an uncompromising show. I would also like to thank all the artists who send me the music and keep the true spirit alive in this commercial world.”