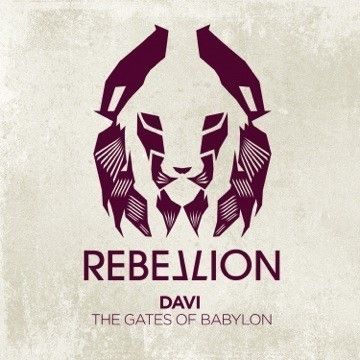 Back on board Crosstown Rebel off–shoot Rebellion since his massive ‘Two Suns In The Sky EP’ was released on the label late last year, LA based producer DAVI returns to deliver ‘The Gates of Babylon’. Never restricted by the boundaries of genre, the title track is highly mystifying as it resonates a distinct middle eastern tone through the infectious melody and layered atmosphere. The release also features the stunning ‘Eclipse’ which follows suit taking you on a deep melodic journey, filled with warm tones, vibrant strings and a solid bassline.

David ‘DAVI’ Khanjian’s powerful DJ sets have seen him travel the world including India, Ecuador, Canada, Argentina, New Caledonia and Europe alongside playing parties and venues such as Exchange LA, Monday Social, TomorrowWorld, Enter and Minus Showcase. He also recently played at Wizardry: The Get Lost Afterhours alongside Acid Pauli, Damian Lazarus, DJ Tennis and Three.

With previous releases found on the likes of Anjunadeep, Outside the Box Music, Treibstoff, Nine Records, Stripped Music Recordings and Bits & Pieces, his name is now instantly recognizable among the Progressive, techno world who play his music around the globe.

With releases in the pipeline on multiple record labels and with support from people such as Damian Lazarus, Pete Tong, Robert Babicz, John Digweed, Richie Hawtin, Lee Burridge, Eelke Klein, Hernan Cattaneo, Nick Warren, Way Out West, James Zabiela and more it’s clear that things are only on the way up for this talented artist.