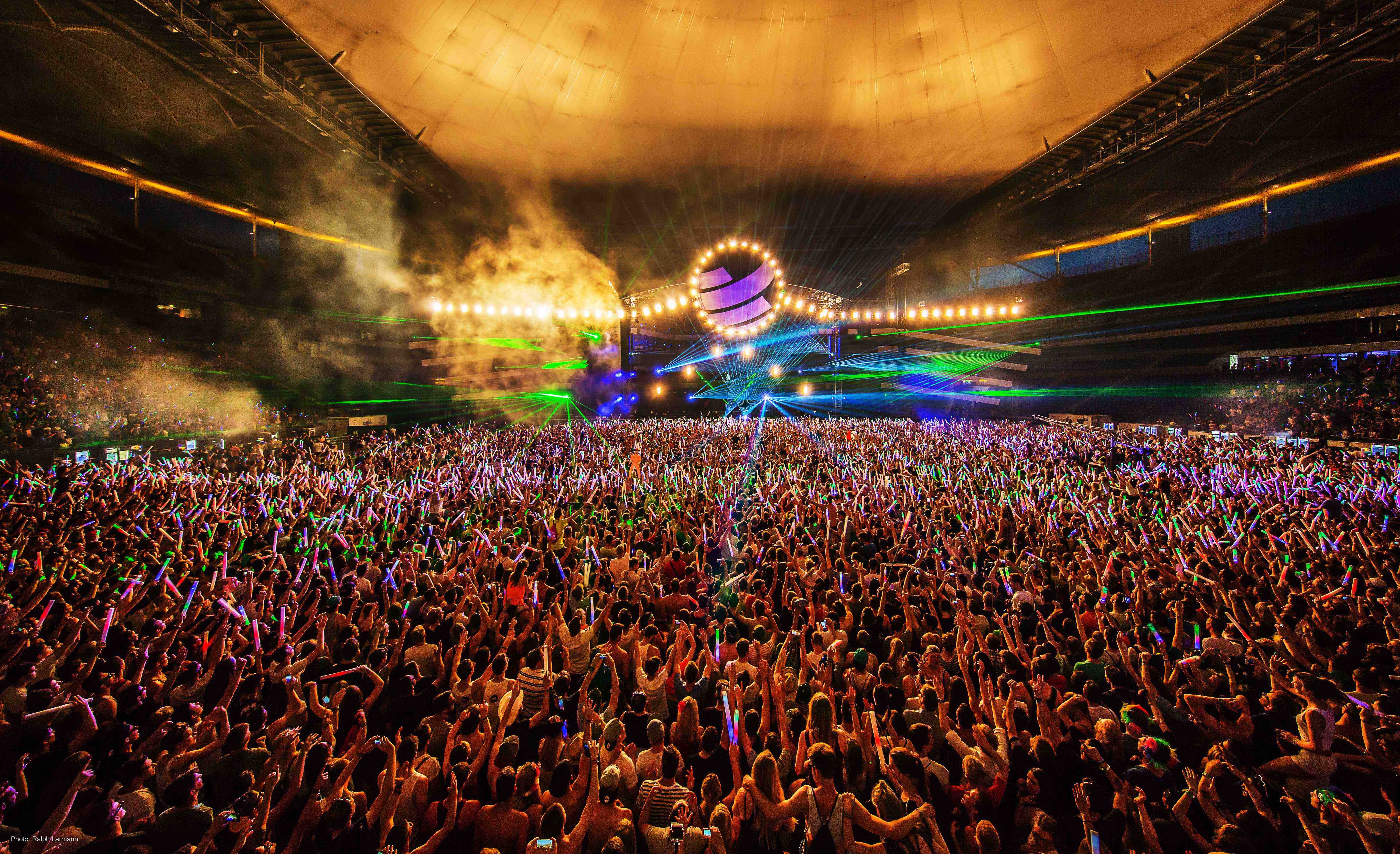 After a record breaking event in 2015, BigCityBeats are happy to announce they will transform the Commerzbank Arena into the biggest club in the world once again in 2016. The dates for this mammoth three day event are the 3rd, 4th and 5th of June and each one will see all sorts of musical thrills and magical memories go down on a grand scale.

The gigantic 700.000-m² dance-floor complex in the city of Frankfurt will again be transformed into an impressive party paradise with 150 DJs from all genres playing across 15 different floors. Each one will offer a different experience and different sounds from the worlds of EDM, house, trance and techno and tickets are on sale at http://worldclubdome.com/tickets.

The hosts of the different stages will include among others well known Hardstyle and Trap brands plus a vast Ibiza pool area with a Tech House floor that will be a marvellously rare and surreal stage that is unlike anywhere else. More info will be announced soon, so stay tuned. But that’s not all as there will be many exclusive specials like the World Club Dome branded Clubjets and Clubtrains bringing guests from all over Europe to Frankfurt, as well as the new district in Frankfurt for camping.

Headlining the event in 2016 will be a mouthwatering selection of superstars including a first ever appearance from Martin Garrix, Dim Mak bossman Steve Aoki, trance kings Armin van Buuren and Robin Schulz, big room heroes like David Guetta, Dimitri Vegas & Like Mike, Dannic and Dyro, plus dance icons like Hardwell. Nervo and Oliver Heldens, Dada Life, Le Shuck, Lost Frequencies, Alle Farben, Watermat, W&W and many more also line up with plenty of names still to be announced in the exciting build up to the main event in June.

There is no other musical experience that compares to the World Club Dome, when thousand of ravers from around the world all come together to party in one mega arena.  Now the news is out the countdown to the getdown has begun.. tick tock, tick tock!