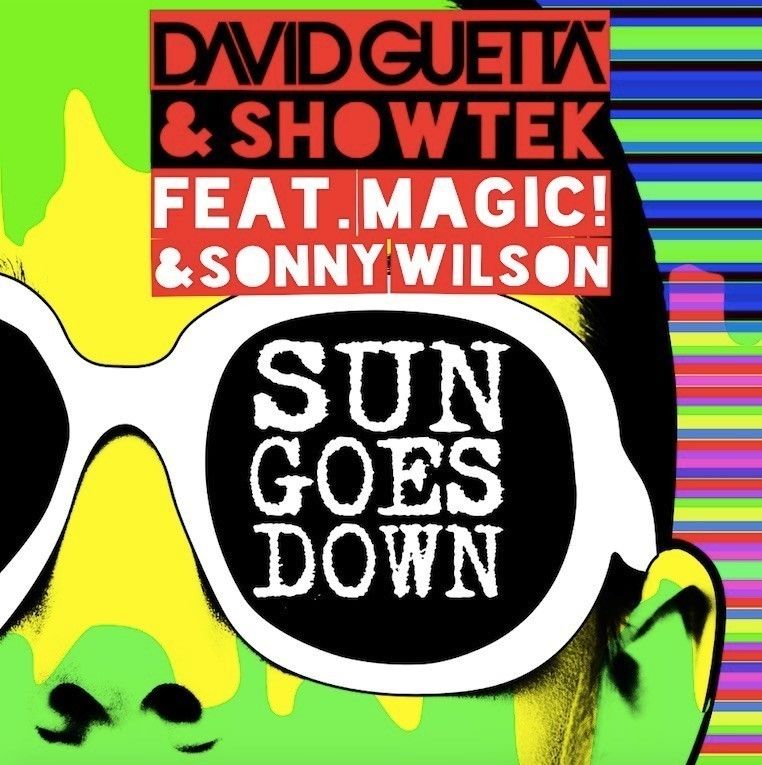 Produced alongside long-term collaborators ‘Showtek’ – who also joined forces with David on his explosive club tracks ‘Bad’ in 2014 – ‘Sun Goes Down’ also features Canadian reggae-fusion band Magic!, who topped the charts in seven countries with their 2014 single ‘Rude’, and Dutch singer-songwriter Sonny Wilson. Tapping into David’s remarkable ability to produce big club records that translate just as well on Official Singles Charts worldwide, it’s a track bound to build on the crossover success of ‘Bad’ – a record that has sold over 1 million copies and boasts a mammoth 364 million views on YouTube to date.

Timed perfectly for the summer season, ‘Sun Goes Down’ references bright and colourful reggae sounds, explored by tropical drums and Wilson’s anthemic, ragga-style vocal, but retains all the dance floor energy both David and Showtek are renowned for. Sure to prove a massive hit in the clubs, it showcases another side to the production remit David explores throughout ‘Listen’ – an album that has already spawned four massive, international chart hits.

With ‘Listen’ claiming the #1 album spot on iTunes in an incredible 75 countries, lead single ‘Lovers On The Sun’ ft. Sam Martin earning David his seventh UK #1 single, the official video to ‘Dangerous’ racking up over a million views in less than two days and ‘Hey Mama’ ft. Nicki Minaj & Afrojack going Platinum in the US, David Guetta continues to prove why he remains the world’s biggest and most influential electronic artist.

Currently in the midst of a touring schedule that’s seeing him play at least five gigs a week across the world – as well as upholding his two, hugely successful residences at both Ushuaia and Pacha in Ibiza – ‘Sun Goes Down’ feels like the perfect soundtrack to David’s summer.

Further news comes as old-school footage of David Guetta playing a set at Space Ibiza in the late ‘90’s has surfaced via the club’s YouTube channel this week; watch the video here:

Already a master of working the crowd, the short clip sees David playing out on vinyl to a packed crowd on the now legendary open-air terrace, not long before his first Ibiza anthem and hit ‘Just A Little More Love’ in 2001.