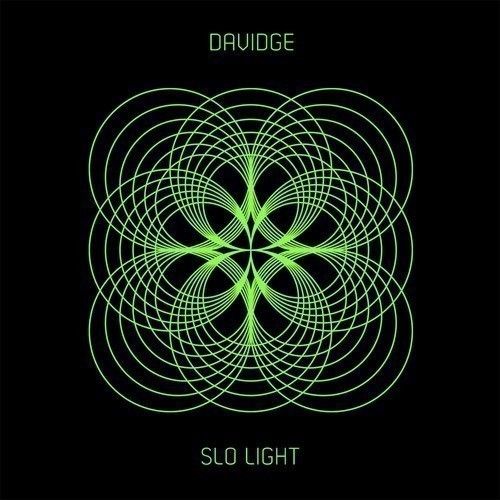 He is renowned for his production, co-writing and sonic-sculpting of music for Massive Attack, David Bowie, Snoop Dog, Damon Albarn, Primal Scream, Elizabeth Fraser and Mos Def, plus the hugely successful Halo 4 game score and soundtrack.

An album deeply-schooled in Bristol, beats, electronica, soundtracks, orchestral music and more, ‘Slo Light’ creates a fantasy world in which tension, darkness and beauty find the perfect equilibrium. The album is sky-high on production value, with an unparalleled clarity and sonic depth, typical of Davidge’s unique sound.

Cate Le Bon lends her seductive voice to the electronic, motorik-freak-folk of ‘Gallant Foxes’, which then segues and delves deeper still into Karima Francis’s cameo on the tribal-twilight-zone drama of ‘How Was Your Day’.

Neil’s soundtrack background is evident throughout this highly cinematic set, not least on ‘Home From Home’ (featuring Ryan Karazija from Low Roar), whose strings recall his work on the Halo 4 soundtrack, recorded at Abbey Road Studios.

Reminiscent of Brian Eno’s ‘Small Craft on a Milk Sea’, the high octane ‘They Won’t Know’ moves into dissonant, slightly frightening territory, before the mood lightens with the dark electronic lullaby ‘That Fever’.

‘Zero One Zero’ channels the EBM spirit of Front 242, Nine Inch Nails or even Gary Numan, whilst ‘Anyone Laughing’ is pristine celestial magnificence, and the smoky ‘Sleepwalking’ doffs it’s cap to both John Barry and Portishead.

The album was written by Davidge with contributions from his studio right-hand-man Andrew Morgan, in collaboration with the guest vocalists. The pair played most of the instrumental parts themselves, with strings from The Bristol Ensemble.

Designed by Stephen Kitchen, the ‘Slo Light’ album inner sleeves features geometric shapes that are individual aesthetic interpretations of each track, and the cover art is a phosphorescent design of a similar nature.

Neil Davidge is a record producer, songwriter, film score composer, musician and occasional backing vocalist. In 1996, Davidge co-produced Massive Attack’s ‘The Hunter Gets Captured by the Game’, a song for the ‘Batman Forever’ soundtrack. Working in close collaboration with Massive’s Robert Del Naja (3D), Neil then had a key hand in shaping the sound of the band’s third album, 1998’s Q Award-winning ‘Mezzanine’, (which included the huge hit ‘Teardrop’). Massive Attack’s fourth album ‘100th Window’ was also piloted by Davidge and Del Naja.

‘Heligoland’ – the fifth studio album by Massive Attack, was co-produced and co-written by Davidge and Del Naja, with additional production by Tim Goldsworthy. Davidge co-wrote 8 tracks (and produced/mixed the airplay hit ‘Paradise Circus’) as well as playing keyboards, bass and guitar.

In 2004 took the lead as score composer with Del Naja on the Luc Besson movie ‘Danny The Dog’, later renamed ‘Unleashed’ in the USA. This was followed by Davidge’s solo scores for ‘Bullet Boy’, ‘Battle In Seattle’, the Paul McGuigan-directed ‘Push’, plus ‘Trouble the Water’, which received an Oscar nomination for its score and won ‘Best Documentary’ at the ‘08 Sundance Film Festival. Working with Snoop Dogg on the end title track, Neil scored the music for ‘In Prison My Whole Life’. He also provided additional music to the Warner Brothers blockbuster ‘Clash of the Titans’.

2012 saw the release of the Halo 4 OST, which Davidge composed, arranged and produced. Davidge’s critically-acclaimed soundtrack went on to set the official record as the highest-charting video game soundtrack ever, having reached #50 in the Billboard Chart, #10 in the Independent Album Billboard chart and #3 the National Soundtrack Chart.

Following years of industry respect and renown, ‘Slo Light’ is primed to be the record that brings Davidge to the ears and minds of many discerning music lovers, as a figure of talent and vision, who’ll appeal to fans of sound-exploring producer/artists like Brian Eno, Lee Scratch Perry, Andrew Weatherall and William Orbit.”