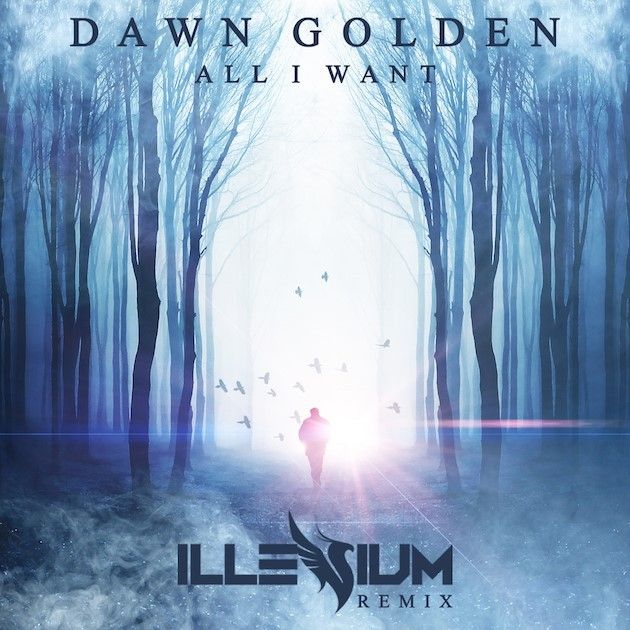 ILLENIUM has gradually crept onto the dance music community’s radar over the past several months with a slew of exciting originals and inventive remixes. His talent for creating beautiful arrangements of melodic bass music that are brimming over with emotion has set him apart as an artist with a bright future in 2015. His latest foray into remix territory is no exception. Tackling Dawn Golden’s breakout single “All I Want,” Illenium injects energy and his signature emotional flair into the sleepy indie gem to refresh the tune for a new audience. A beautiful experience from beginning to end, “All I Want (Illenium Remix)” is a delightful addition to his catalogue that latches on and doesn’t let go. Available now for free download.

San Francisco native Nicholas Miller, better known as ILLENIUM, moved to Denver in 2013 and is now proud to call Colorado home. Possessing a versatile slew of productions, it is hard to pin down what exact genre ILLENIUM belongs to. From original tracks like “So Wrong,” “Chosen You” and his collaboration with Said The Sky “Drop Our Hearts Pt. 2 (Ft. Sirma)” to breathtaking remixes of The Kite String Tangle’s “Given The Chance,” Odesza’s “Always This Late” and Oh Wonder’s “Shark,” he has displayed an adeptness for creating aural arrangements that vary in style, yet always maintain beauty, complexity and emotional depth. It has been an exceptional debut year for Illenium, with major performances at Red Rocks for Global Dance Festival and Decadence NYE, as well as a myriad of successful releases, and he’s just getting started. There is no doubt that Illenium will be an artist to watch for in 2015.