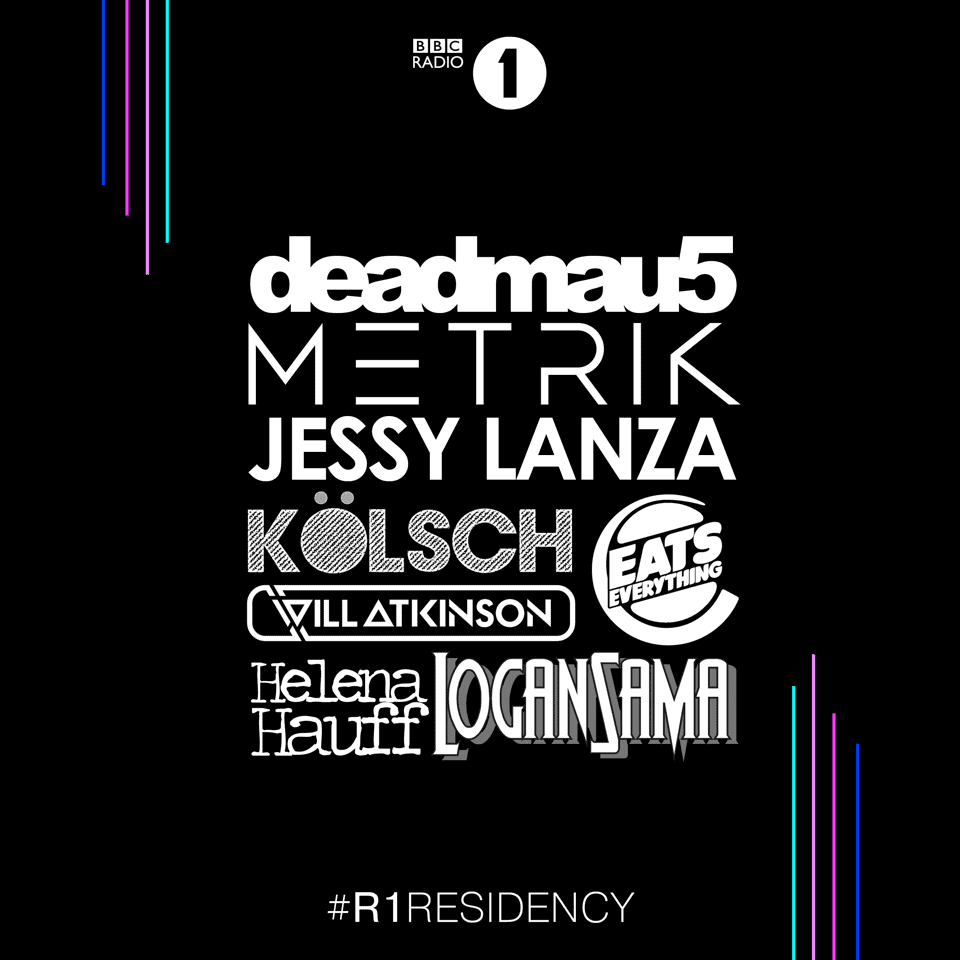 BBC Radio 1 have announced the new line up for BBC Radio 1’s Residency – the strand that brings listeners the biggest names in dance music, from the underground to the arena – with Deadmau5, Jessy Lanza, Eats Everything, Helena Hauff and Metrik joining the Residency team.

Radio 1’s Residency incorporates two shows on a Thursday night between 10pm – midnight, and midnight – 1am, featuring some of the freshest DJs and producers from the UK and around the world.

Kölsch and Will Atkinson will continue to form a part of the line-up of DJs on rotation, as will Logan Sama who continues with an extended slot.

The new line-up is as follows:

1st Thursday of the month, beginning 5th January
10pm: Deadmau5
12am: Will Atkinson

4th Thursday of the month, beginning 26th January
10pm: Eats Everything
12am: Metrik

Deadmau5 says: "I am very excited to bring mau5trap and friends to BBC as part of the Radio 1 Residency. You can expect a selection of songs I’m playing out, songs from artists I like, songs from my label, songs not from my label…maybe even songs from me. See you on the 5th January!"

Jessy Lanza says: “I’m thrilled to be a part of the Radio 1 residency line up for 2017. I can’t wait to share the music I’m listening to and excited about.”

Eats Everything says: “I'm pretty speechless that I have been asked to host my own show on Radio 1. It's fairly surreal & a bit of a shock. My first actual introduction to 'dance music' was the Pet Shop Boys show on Radio 1 in the very early nineties & I have been listening to Pete Tong since I was 13 so now to say that I might see him in the Radio 1 Canteen & perhaps share a cup of tea with him after we have clocked in is mindblowing. I promise to try and bring good music, some questionable humour and a silly accent to the airwaves.”

“I would like to thank Steve Angello, Oliver Heldens, George FitzGerald and Louisahhh for their contribution over the last year. I would also like to personally thank Heidi for her fantastic dedication to Radio 1 over the last 8 years.”