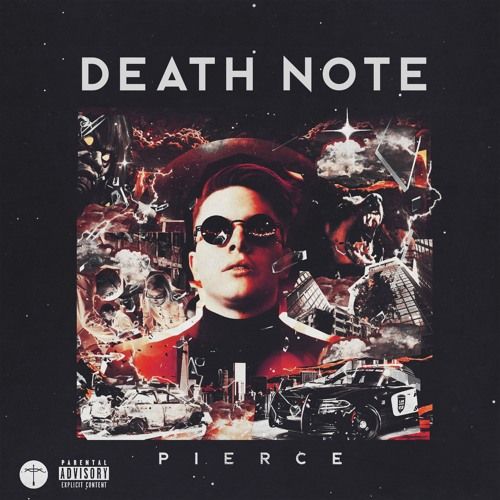 Just when you thought you'd heard it all, PIERCE is about to dramatically change the game with his upcoming FLESH EP, and he's just dropped its first single "Death Note." As one part of a 7-track series that tells a bone-chilling story of life and death circumstances, "Death Note" takes place in the center of the action. Our hero awakens from unconsciousness in the hands of captors who are out for blood and must fight for his life if he is to survive. PIERCE narrates the terrifying episode with goosebump-inducing effect through the use of meticulous, bass-driven production; the sound of a knife blade being sharpened, evil cackling, stabbing synths and blackout-inducing basslines all contribute to the track's life-and-death feeling. "Death Note" ends on a victory note as PIERCE breaks from his captivity and subsequently takes out the leader of his assailants, leaving the listener with an insatiable curiosity as to how he came to be in this situation and what happens next. You'll have to wait and see, as the next hint drops on September 28th.

Austin Pierce Guerra, better known as the maestro behind PIERCE, makes the type of music that both instills terror in soccer moms and bloodthirsty euphoria in bassheads – the type that sounds like it could come straight from a steel factory, yet drives thousands of bodies into a frenzy on the dancefloor. While perfecting his craft at Icon Collective production school, PIERCE learned the ropes from some of the best minds in the business. After graduating in 2015, he had his debut EP"Audi" signed to Spinnin' Records within a year, then went on to release "Hijack" on Insomniac's Bassrush label in 2017. "FLESH" is his most ambitious project yet, fusing the mind of a storyteller and producer together to create a dark sonic tale of survival. Keep an eye out for the next pieces to PIERCE's menacing puzzle coming soon.