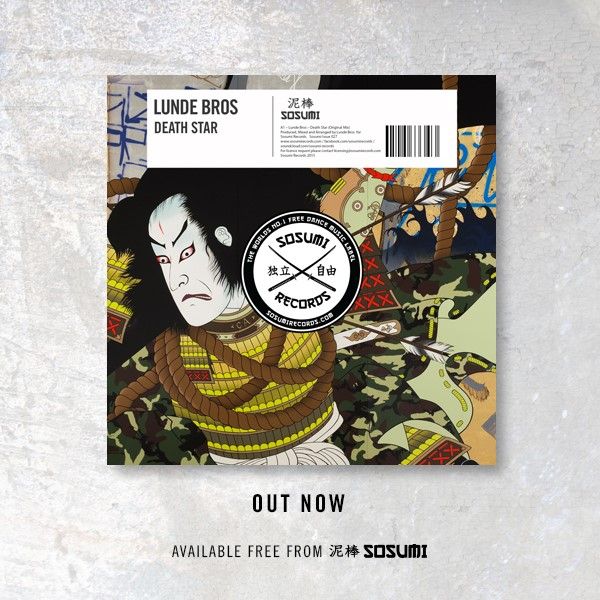 Roll up roll up, for another storm trooper of a release from the Worlds Number 1 Free Dance Music Label, Sosumi Records. Lunde Bros make their Sosumi Debut with the House influenced dancefloor destroyer ‘Death Star’.

Supported already by heavy hitters such as Ummet Ozcan, Deniz Koyu and Kryder, Death Star builds into a rolling record with a difference as a meaty kick drum couples up with a stab-lead, which is instantly identifiable. In a world of music that is starting to sound very familiar, the brothers from Sweden deliver an awesome stand out record, perfect for the label that stands out amongst the rest!