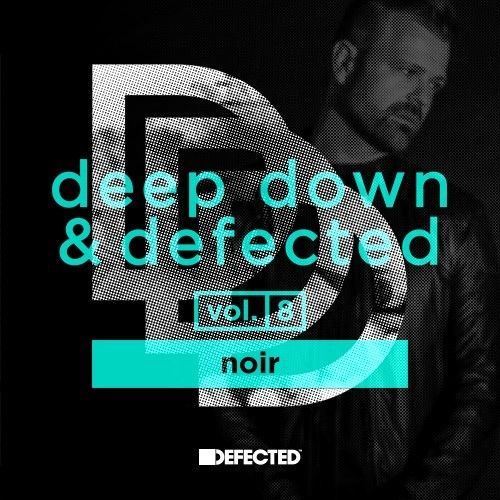 Deep Down & Defected is the mix album series that explores the deeper house and tech sounds from dancefloors around the world. Helmed by Danish house don Noir, this latest edition features no fewer than six exclusive new original productions, remixes and mash-ups from Noir himself, in addition to upfront cuts and classic records from the likes of Dennis Ferrer, Dantiez Saunderson, Guti, Blaze, Paolo Rocco and many more.

Noir is now firmly established in the A-list of house music artists. The success of hits like ‘Around’ and ‘Angel’ have been well-documented, while recent career highlights include his Essential Mix from June 2014 and the release of his self-titled debut artist album. Add to this headline DJ slots around the world and the continued success of his label, Noir Music (currently sitting at #9 on Resident Advisor’s all-time most charted labels) and you can see why Noir is held is such high regard by fans and peers alike.

His latest endeavour is Deep Down & Defected Volume 8, a new mix album in which he further establishes his credentials as one of the most creative and prolific electronic artists in the world.

Two brand new Noir productions take centre stage: ‘A Better Place’ and ‘Do Me’. A deep, reflective vocal cut  and ferocious tech stomper respectively, they demonstrate the versatility and prowess he commands in the studio.

“The new originals are tracks I have been working on for quite some time” says Noir. The idea for ‘A Better Place’ came right after finishing my album and it was the perfect track to wrap up and finish in time for this release. ‘Do Me’ was one of those that just happened while putting the mix together. It came together very naturally and just kinda wrote itself.”

Noir also gets to grip with two bonafide Defected classics, remixing Lifelike & Kris Menace ‘Discopolis’ and Nick Curly ‘Underground’ with typically assured results. Finally, Noir takes on DFTD’s underground smash Pitto ‘You’ before throwing the rulebook out the window with his electrifying mashup of Blaze & Palmer Brown meets &Me ‘Dance To My Beat’.

“I didn’t really plan what to do with it. I just started picking out some tracks, started mixing and went with the vibe and flow that felt natural. It’s the same process as when I DJ at clubs and festivals. It’s all spontaneous and happens in the moment. The mixes on DDD reflects that natural flow.”

An album sampler is out 29 June (digital) on Defected Records