Le Visiteur - Deep Inside / My Soul 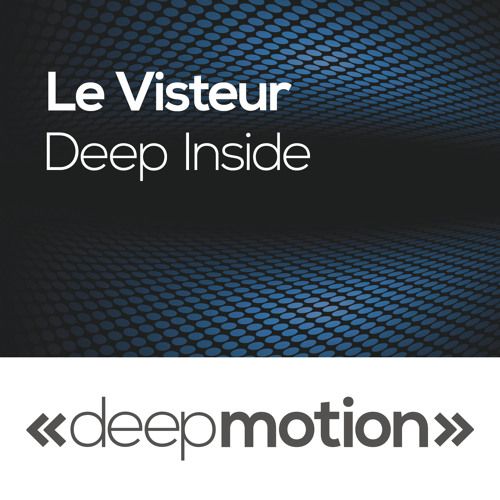 Le Visiteur - Deep Inside / My Soul

UK based DJ and producer Le Visiteur is definitely not ready to give up on the party season of 2015 just yet and has served up two roof raising tracks in the form of ‘Deep Inside’ and ‘In My Soul’. This double whammy has thundered straight into the charts further cementing Le Visiteur as a musician that is hell bent on shaking things up.

With every track he produces, he gives house music a fresh lease of life with his unique sprinkling of Disco and underground influences. Whilst continuing to keep the core elements of a genre many of us love and recognise, he has the ability to make it that extra bit special and powerful. Watch out, duck and get ready, Le Visiteur has cued them up.

The first of the two releases, ‘Deep Inside’, carries sultry male vocals that perfectly accompany the track’s feel good vibes. As the name suggests, Le Visiteur has produced a track that evokes a real sense of energy deep inside its listeners – feel the music, live the dance floor, take Le Visiteur’s lead.

Le Visiteur’s second release, ‘In My Soul’, is basically an example of how-to-house. Massive vocal – tick. Crazy baseline – tick. Hook that stays with you long after the fade out – TICK. The track has already become a huge hit with music fans and DJ peers alike as it went straight in at No.6 in the Traxsource essential Nu Disco chart. Need we say more?

On top of the releases, Le Visiteur has also bagged himself a deal with British Airways; working closely with the team in charge of in-flight entertainment to create a series of air bound mixes. Not forgetting the accolade of being selected as the resident DJ at Mighty Mouse’s Nightfilm parties plus managing to find the time to jet set around the world this summer to perform at clubs, on the radio, festivals stages and to jam-packed after parties serving up a toned tonic of his special audio brew.