It offers a unique insight into the musical world of DTLA (#58 in Beatport’s Top 100 Tech House Labels) and plenty of reasons to cut loose and dance like no-one is watching from the safety of home. Also, expect more laughs from the hilarious infomercials and parody interludes that have been the talk of these streams against the cutting-edge soundtrack.

2020 has seen live dance music completely cancelled, and so these streams have been a vital way to connect with fellow music lovers, dancers and the most on point house sounds from the vanguard of the global scene. They have been such a success that Hollywood star Charlie Sheen and DirtyBird label boss Claude von Stroke have been seen giving big shout outs. The streams have also become much loved for its ‘VIP area’ and tongue in cheek infomercials, which gently jest at the more serious side of the industry with humorous products appearing such as an ointment to cure genre-bashing, Hater-Aid, the DJ PEE JUG to ‘relieve’ oneself in the booth, and the DJ Request Stun Stick, which repels song requests in real-time.

Redux Saints always cranks the music up to top volume on these streams in its lofty ceiling and seriously thick concrete wall-setting. Aka Jason Trevor Miller, he’s had his biggest year to date with nine consecutive Beatport Top 100 chart hits, which have placed him at #85 in Beatport’s Top 100 Artist Chart. His always evolving sounds have come in quick fashion in 2020 on top labels like Toolroom, LOW CEILING, Stealth, CR2 and Incorrect Music, as well as his own DTLA Records. All this has earned him an ever-growing fan base and esteemed DJ support from the likes of Gorgon City, DJ Chus and Codes, Mark Knight, David Guetta, Chris Lake and Joseph Capriati, plus Beatport, who made him an honorary ‘On Our Radar’ artist. You can hear him put all his knowledge to work in these streams, where he plots a fine path between deeper sounds and more upbeat grooves, all with masterful skill and control and plenty of his own exclusive tunes

Joining him for this seventh stream is Kricked, the founder of the superb tech and micro house labels, Slightly Sizzled Records and Slightly Sizzled White. He has had a huge breakout year and made many notable releases on labels such as Hottrax, Rawthentic and Rawsome Deep amongst others, and his recent collaboration with production partner, Andre Salmon, ‘Fish Steps’ held the #2 spot on the Minimal Chart on Beatport for weeks earlier this year. With a heavy support roster from industry powerhouses such as Jamie Jones, Demuir and Junior Sanchez, he is one of the hottest names in the game right now, so this is a fine chance to tune into his unique take on house music.

Keep eyes peeled on 18th December for a DTLA parody of the dojo in cult Netflix hit series Cobra Kai, the Karate Kid sequel, much of which is filmed in and around LA itself. Redux Saints will feature as the sensei teaching killer karate moves. Watch a little teaser here which previews this special coming together of martial artists and high-grade DJ weaponry.

This is one last chance to throw it all down at home, to dance away your worries for a few super sweet hours of world class house music by two of the most exciting names in the scene right now. 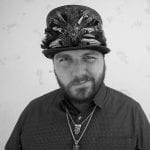 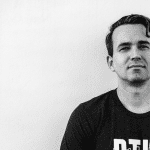