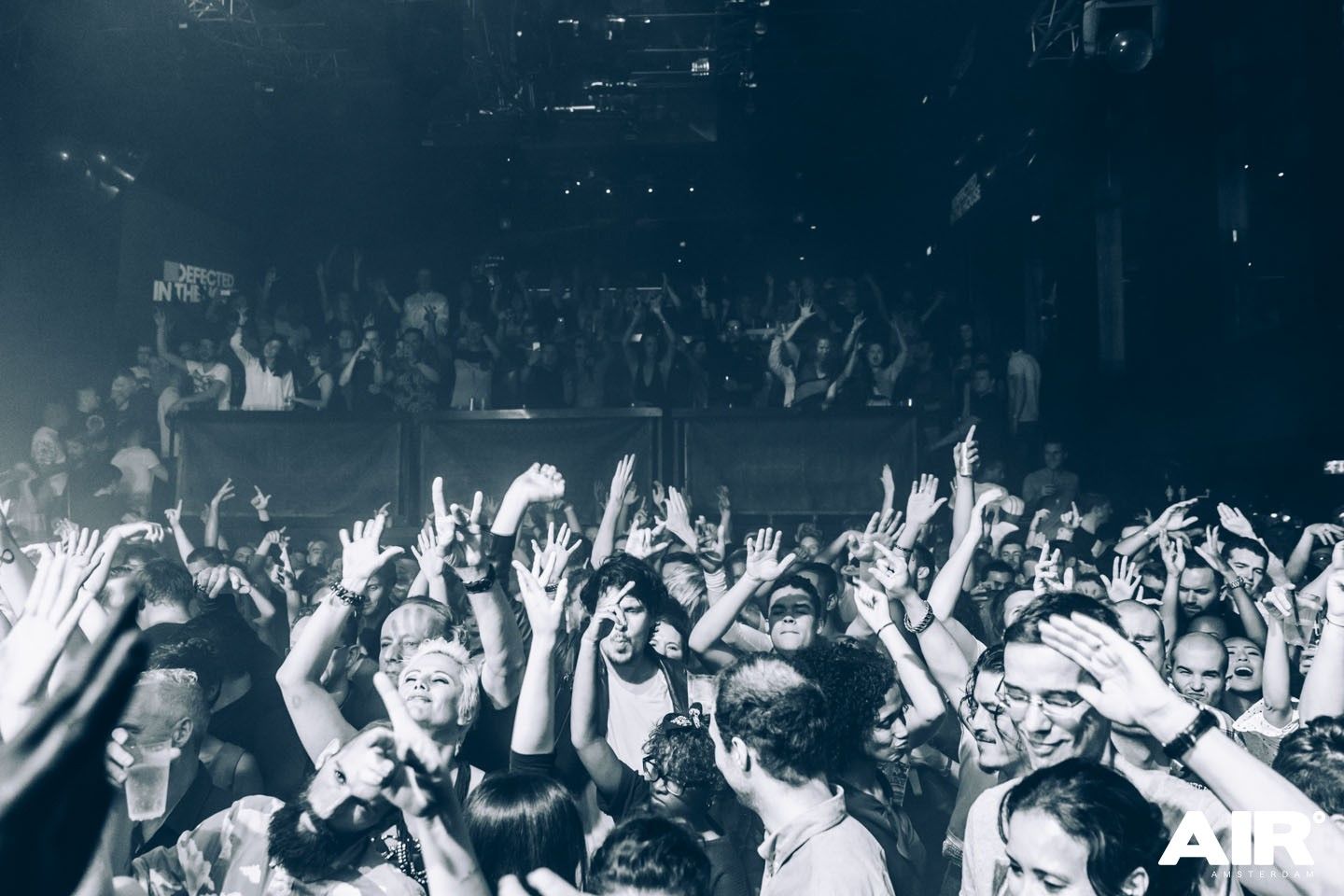 On Friday 16 October Defected In The House joins forces with Strictly Rhythm to bring the cream of underground house talent from across the globe to AIR, Amsterdam for another edition of the label’s now legendary Amsterdam Dance Event (ADE) showcase events.

The event this October marks the fifth year that Defected have thrown their ADE showcase at AIR. To date, every single one has been a roadblocked affair, and an essential date on the ADE’s expansive party calendar.

The Strictly Defected party includes both established artists and rising stars from across the house spectrum, with AIR’s two rooms showcasing the depth and breadth of their roster of talent, the vast majority of whom have played their parts in ensuring the success of Defected’s shows at Amnesia and Space in Ibiza this season.

The wide range of music championed by both labels is reflected in the incredibly diverse line-up. Sandy Rivera plays a special – and rare – set as Kings Of Tomorrow alongside recent Defected collaborators Riva Starr, Hector Couto and Andrea Oliva, with a very special appearance from Hannah Wants whose phenomenal performances on the Amnesia Ibiza Terrace has denoted her as one of Defected’s key players this season.  The Defected residents are out in force, with sets from Sam Divine, Sonny Fodera, Franky Rizardo, Simon Dunmore and Rae demonstrating the emphasis of the label on building a solid foundation for its parties.

Room 2 boasts a line-up most main rooms would be proud of, with Juan MacLean, DJ T., Tim Deluxe and Luke Solomon each promising their own distinct blends of mind-bending electronic music.

The line-up reflects those artists who have contributed to a remarkably strong release schedule from Defected and its subsidiary labels in the latter part of the year, with releases from The Juan MacLean (‘A Simple Design), Kings Of Tomorrow (‘Burn So Deep’), Tim Deluxe (the incredible studio album The Radicle) all set for release in the coming months.

The ADE party continues Defected’s This Is Our House Club Tour that commenced back in March at London’s Oval Space. The tour takes in dozens of clubs and festival spaces across Europe and Asia, including Amnesia (Ibiza), Extrema Festival (Holland) Barrakud Festival (Croatia), Shakedown Festival, (Brighton) Sundown Festival (Norwich) and EH1 Festival (Edinburgh), with many more dates still to be announced.

The Strictly Defected ADE Showcase 2015 is part of Defected’s This Is Our House Club Tour. For full listings head to: http://defected.com/events/

Defected Gets Physical Mixed by DJ T. and Luke Solomon is out 28 August 2015 (3CD and digital) on Defected Records. CD pre-order: http://bit.ly/1Ly3Et3