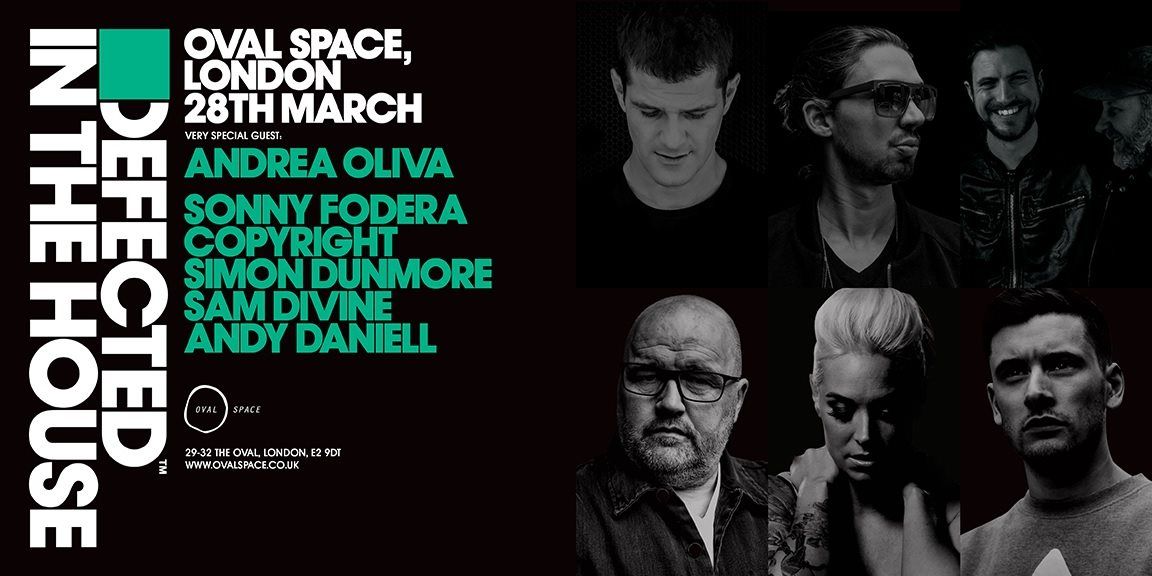 Defected announce details of their first London show of 2015.

After an incredible series of anniversary parties last year, Defected touch down in their hometown of London on Saturday 28 March for a very special residents party at the increasingly iconic Oval Space.

This will be the only London Defected In The House show before September, and is guaranteed to sell out well in advance.

Headlining the party is a modern day Ibiza icon and colony leader at the must-see ANTS parties – Andrea Oliva. Defected welcomed Andrea into the family in 2014, where he played key DITH shows in Barcelona, Los Angeles, Booom Ibiza and Ministry of Sound. With his constant global touring and festival activity, this is a rare chance to see the exceptionally talented Swiss DJ up close in the UK capital.

The line-up is completed by Defected’s heavyweight team of residents, all of whom will be representing the label at the recently announced Amnesia Ibiza residency this coming season. Expect straight-up house sounds from Sonny Fodera, Copyright, Simon Dunmore, Sam Divine and Andy Daniell as they take-over the bespoke warehouse space, as the jumping off point for the Defected Spring tour that takes in a selection of the coolest spots around the world, with full details to be announced soon.

Located next to the historic Bethnal Green gasholders in East London, Oval Space is one of the city’s clubbing success stories. Previously playing host to a diverse range of electronic artists – from Dixon and Henrik Schwarz to Jon Hopkins and Hercules & Love Affair – Oval Space was also the setting for last year’s Defected / Mixmag Live event which kicked off the D15 Club Tour in 2014.