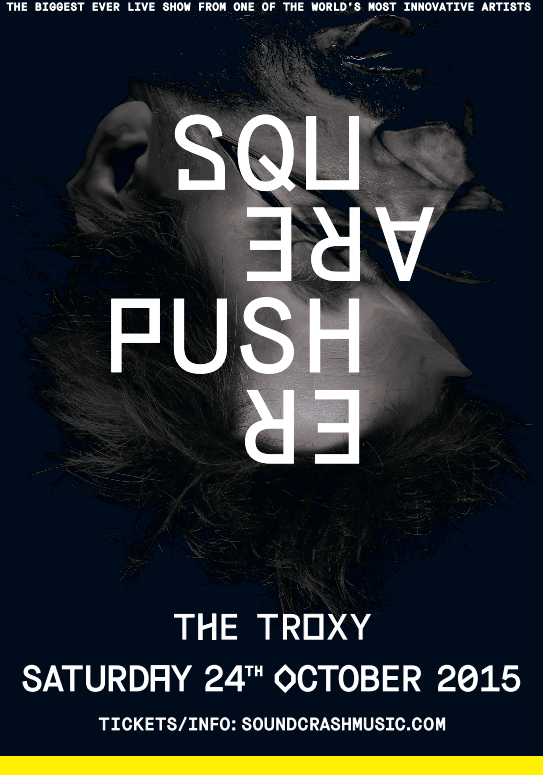 Soundcrash is very proud to present the biggest ever live show from one of the world’s most innovative artists – Squarepusher. After selling-out the Barbican with over 2 months to go, Squarepusher heads to The Troxy to show off the eagerly anticipated new album, Damogen Furies, and present an exciting array of new material, some mind-bending classics, a gathering of extremely special guests and the biggest live show he has ever produced.

This revered producer, plus his very special guests, will continue to push the boundaries of electronic music for an unforgettable night at The Troxy.

“A virtuoso on bass guitar as well as analogue and digital machinery…Squarepusher has consistently brought a freewheeling jazz mentality, a sense of humour and a jaw-dropping technique.” – BBC Music