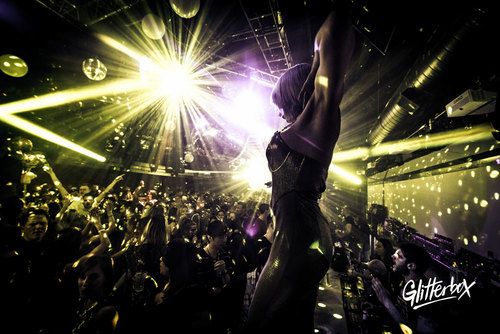 Glitterbox continues its aural and visual assault on the senses this May at London’s Ministry Of Sound, with an album launch party and Ibiza preview featuring a glittering cast of house and disco icons.

At its heart, Glitterbox embodies the idea that the dancefloor should be the focus of a truly transformative night: something of a rarity in the DJ-idolising culture of the modern club. On Saturday 07 May, Basement Jaxx, Aeroplane, The Shapeshifters, John Morales and DJ Antz come together to bring the disco high to the UK capital.

Experts at continuously reinventing themselves while remaining true to their distinctive style, Basement Jaxx make the most colourful, multiculturally-influenced music that other producers wish they could reproduce. With such incredible songs in their artillery, Basement Jaxx are the ultimate Glitterbox headliners. They aren’t shy of dropping their biggest hits into the mix, so you can always expect their sets to deliver pure, unabashed, feel-good party vibes.

In just a few years, Aeroplane has established himself as party-starting DJ and remixer du jour via his cosmic-disco re-rerubs of Grace Jones (William’s Blood), Friendly Fires (Paris) and Sebastien Tellier (Kilometer), while The Shapeshifters continue to play a major part in the continued success of Glitterbox both in the UK and Ibiza.

An export of the Bronx in the 1970s, the renowned John Morales began his DJing career in spots like Stardust Ballroom, Limelight and the infamous Studio 54. With a pedigree like that comes a depth of knowledge and a deep-rooted love for dance music that money can’t buy. Completing the line-up in the 103 is the Ibiza born-and-bred DJ Antz, whose eclectic, disco-leaning sets have beguiled all were lucky enough to catch him on Space’s Sunset Terrace.

Finally, For The Love Of House DJs Greg Sawyer and Simon Dawson host The Loft, spinning timeless house music all night long to their increasingly cult audience, while the Savage dance crew Hot Heels will be out in force, with live dance shows and rampant dancefloor debauchery adding the final sparkle to Glitterbox’s unique atmosphere.

Accompanying the party, a new mix album Defected presents Glitterbox Ibiza 2016 will be released this April. Mixed by Simon Dunmore and featuring some the most inspiring artists from the last 40 years of dance music, the series has become a firm favourite with fans and critics alike.

Following an incredible 2015 season which saw rave-reviews from tastemakers and clubbers from across the board, Glitterbox will return to Space Ibiza this year, hosting Friday nights from 03 June to Friday 23 September 2016 for what will be the legendary Ibiza club’s final season.

Glitterbox moved off island last summer at London’s Ministry of Sound, with a second event held in December 2015. Further UK and international events will be announced soon, while Glitterbox makes its festival debut at We Are FSTVL in May and hosts a stage at Defected Croatia 2016 later this summer.

Sharing analogous roots of inspiration, Ministry of Sound proved to be the perfect venue for Glitterbox’s London debut, and the parties have proved hugely successful, adeptly relocating the glamour and hedonism of the Ibiza event to the UK.

Glitterbox hosts a stage at Defected Croatia 2016, taking place from 11 – 15 August. For line-up and tickets head to www.defected.com/croatia