Various Artists - Defected presents Sam Divine is In The House 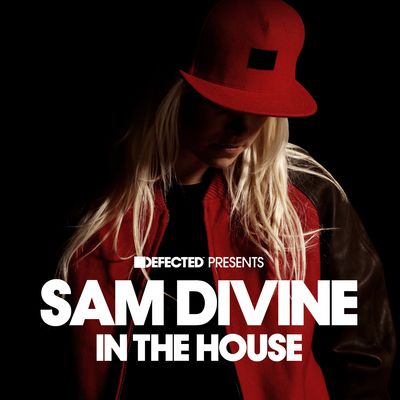 Various Artists - Defected presents Sam Divine is In The House

From winning a DJ competition in Bristol to now readying her highly anticipated Defected In The House mix compilation, the past 10 years have been both a hard-earned and well-deserved rise to the top for Sam Divine. The Bath-born DJ has gone from practicing in a shed at the bottom of her mum’s garden to main stage festival headliner, while also becoming a label owner and the presenter of Defected’s In The House radio show, the #1 house music podcast on iTunes.

Sam Divine In The House is a pure representation of Sam’s refreshingly versatile approach to DJing in 2016, but also touches upon her many musical influences and showcases a selection of her own forthcoming productions, along with releases on the D-Vine Sounds imprint. This new material, including a number of exclusive collaborations with Curtis Gabriel, comes just over a year after the pair’s infectious rework of Sweet Female Attitude’s classic ‘Flowers’, which has now reached over 1 million plays online and became one of the summer anthems of 2015.

These new releases demonstrate a real progression in Sam as a producer over the past 12 months, as she finds her own unique sound and an ability to create uplifting house records fit for any dancefloor. Alongside tracks such as Max Chapman’s tech-house smasher ‘Paravana’, Mat.Joe’s tribal-sounding remix of Milk & Sugar – ‘My Lovin’, the classic dub of Mood II Swing’s ‘Closer’ and Dennis Ferrer’s anthemic new single ‘Right Thing’ – this compilation has a truly eclectic tracklist, making it an essential collection for any house music lover.

Drawing on all of her experience gained from working in record shops and holding down residencies at Ushuaia and Amnesia, Sam has developed into an expert at creating a musical journey and keeping the listener moving from start to finish, whether it be with her live sets or studio mixes. This is without doubt Sam’s most complete body of work to-date and a seminal release, placing her amongst some of house music’s all-time greats.

Sam Divine: “It was a pleasure putting the Sam Divine In The House compilation together! It gave me a chance to go back through my collection and brought home some records that I had forgotten about! It also gave me a chance to showcase some tracks that I wouldn't normally get to play in a club!  Disc 1 has a more stripped back balearic chunky vibe to it while disc 2 picks up the pace taking you from evening into night covering everything from Deep, jacking & tech house! A true journey of what's in my locker right now!”

Simon Dunmore: “DJs like Sam Divine are rare in these times – a selector whose reputation is built purely on her ability to play the right record at the right time. She is able to completely control the room, naturally reading the dancefloor and connecting with her audience. It’s rare because when all the elements connect the DJ, the crowd and the music are as one!”

Sam Divine In The House will be released September 23rd on Defected Records.