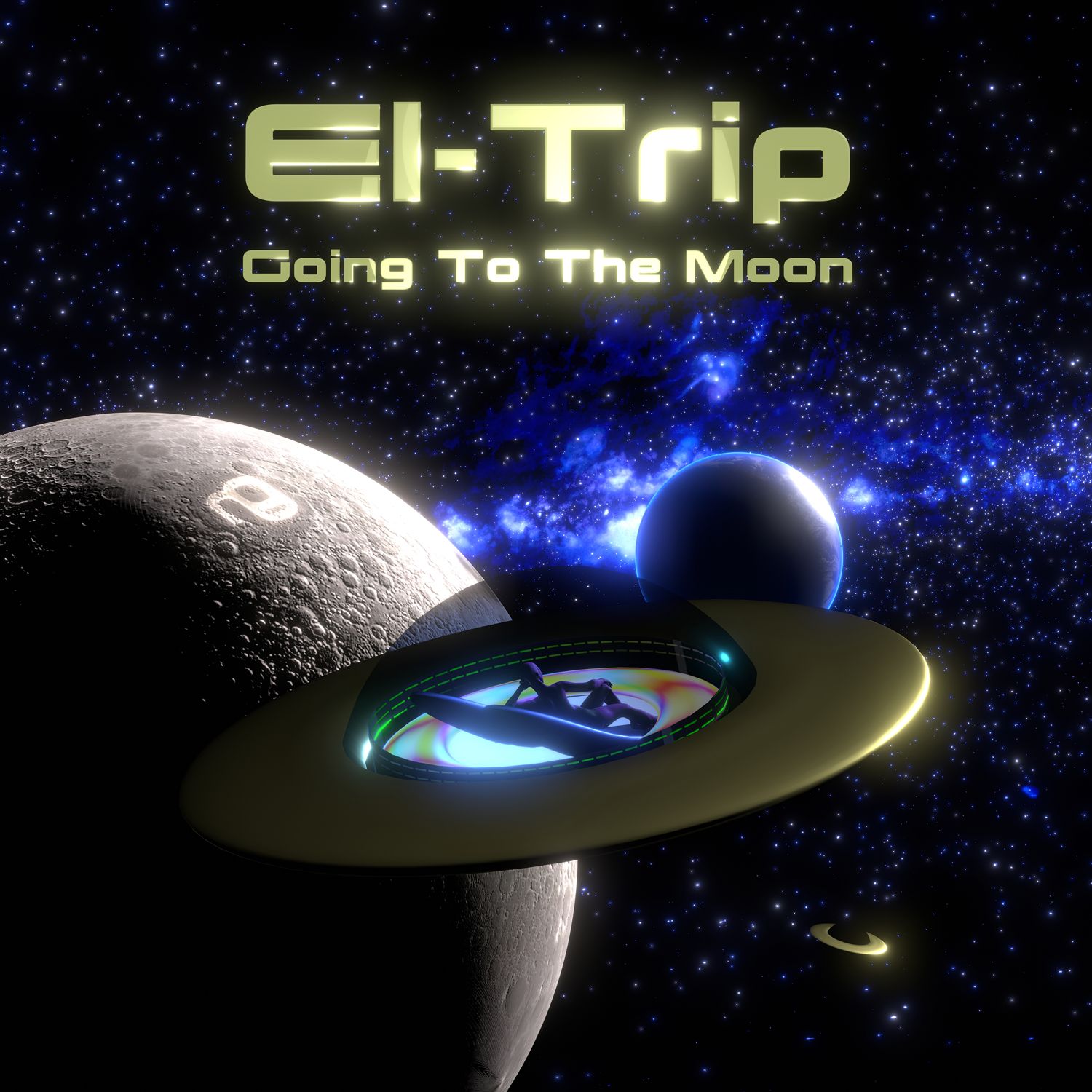 El-Trip aka Earth Leakage Trip has released his brand new EP, titled “Going To The Moon” via NexGen Music. One of the original pioneers of UK hardcore and techno, in 1991 El-Trip appeared on the debut release of award-winning label Moving Shadow Records and went on to release with many other highly influential labels, including Rising High Records and LTJ Bukem’s Cookin’ Records. On top of this, El-Trip has collaborated with many legends in the electronic music scene such as Aluna Francis, of acclaimed duo AlunaGeorge, during the time of one of her first, and highly acclaimed, projects, My Toys Like Me. El-Trip’s music has been featured on many prestigious compilations, including the iconic “Kaos Theory” compilation series featuring The Prodigy, Acen, Altern-8, 4-Hero, Hackney Hardcore and Shut Up & Dance, the ‘Fifty Years Of Sunshine’ compilation featuring Dr. Timothy Leary, Love Spirals Downwards, Psychic TV and Hawkwind, a compilation by Orbital featuring John Barry, Lee "Scratch" Perry, PJ Harvey, The Divine Comedy and Tangerine Dream, and many more.

Neil Anthony Sanford, the mastermind behind the El-Trip music project, and has been interested in making music since he could barely reach the piano keys. Now based between the US, in California, and the UK, in St. Albans, El-Trip grew up in Hertfordshire, UK, surrounded by many of the early pioneers of the drum and bass and jungle genres. Although he received no formal music education, El-Trip pursued his growing passion, getting himself some equipment including a sampler, a drum machine, some music software and a second-hand drum kit at the age of 18. A lot of didactic experimentation and bedroom producing later, El-Trip connected with producer Rob Playford, who was about to launch his label Moving Shadow Records. It was then when Sanford teamed up with local electronic musician Simon Carter aka Crystal Distortion that El-Trip was born and subsequently went down in history for their debut release “No Idea” on Moving Shadow Records.

El-Trip takes inspiration from a wide range of sources which reflect his meticulous and thoughtful nature, citing some of his influences as 70’s TV and film music, hip hop and electro genres, the drumming of Led Zeppelin and James  Brown, the trumpet playing of  Chet Baker and Miles Davis, the keyboard sounds of The Doors and Fela Kuti, and the work of more contemporary future bass and trap artists such as Cashmere Cat, RmaN and  WATEVA. His own sound could be closely compared to the spacey sounds of drum and bass legend LTJ Bukem neo-soul, the funky eclectic cuts of Omni Trio and the soul-infused beats of electronic music icon Goldie, among others.

El-Trip’s “Yellow Beauty ft. Roxana Haloiu” is a track steeped in warmth and light; muted brass sounds, reverb-soaked bells and dreamy vocals that distract and delight. London-based singer Roxana Haloiu’s vocal melodies blend flawlessly with El-Trip’s signature soul-fused sounds, setting the mood for this more downtempo track taken of El-Trip’s forthcoming EP. “Yellow Beauty Ft. Roxana Haloiu” takes the listener away from all they know, with a combination of laid-back drum-beats and bluesy melodies, into another world, made up of wistful moods and “yellow beauty”.

On “Yellow Beauty ft. Roxana Haloiu”, El-Trip comments that the track was, “Originally written by Roxanna after an end to a relationship. I wanted the music to be like slow motion, sustaining the feeling, soft and deep. For me it conjures reflective moods for either a hot summers day or a cold winter. ‘Yellow Beauty’ encompasses a wide-range of feelings and emotions set to keep you high when you're feeling good, or provide comfort for when you're feeling low.”