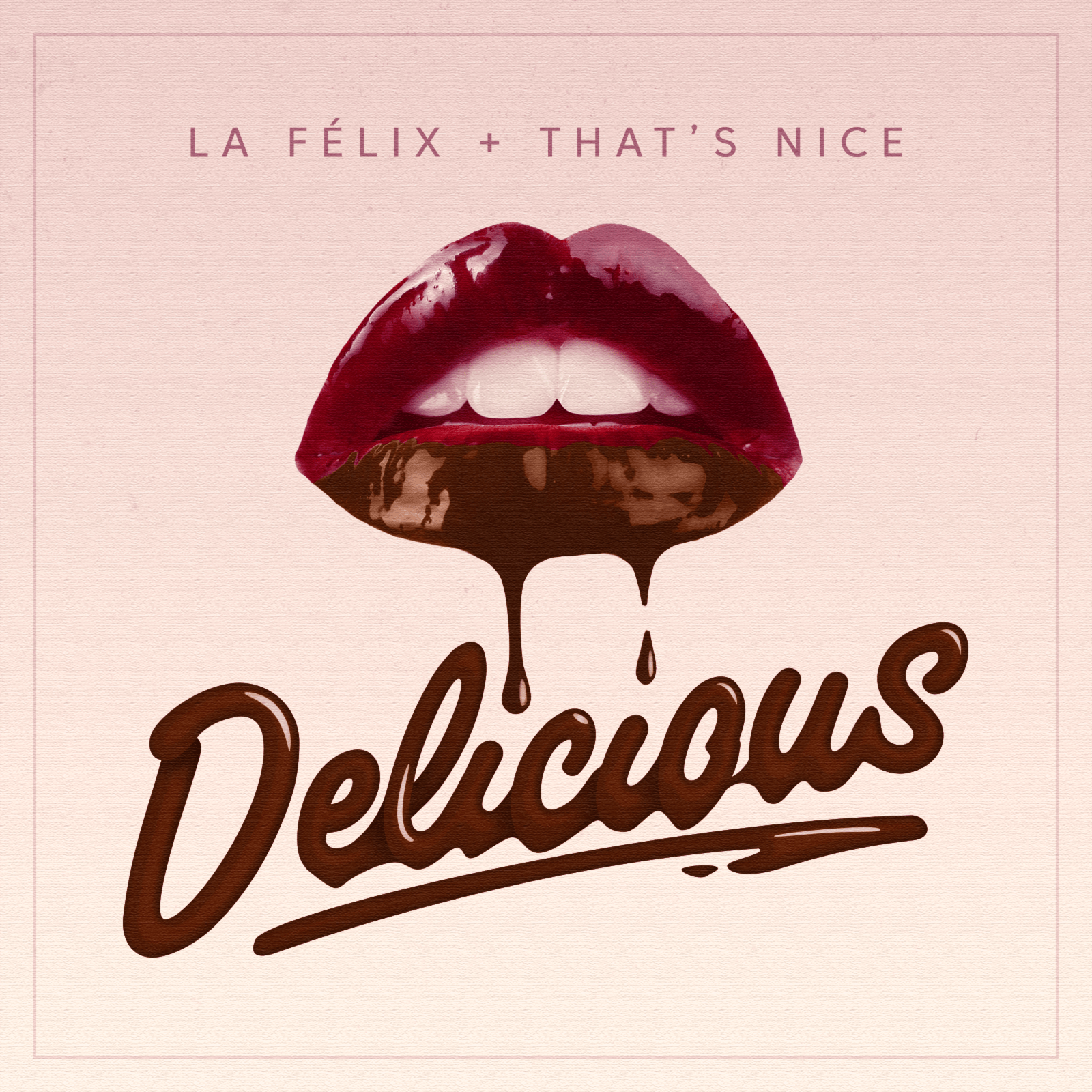 The two producers discovered each other online, initially sending emails of rough ideas and different beats. Ultimately, ‘Delicious’ was the result.

“When we first started it, I sort of got the Daft Punk vibe, which is one of our main influences. We wanted to keep it very simple just like that Daft Punk song ‘Get Lucky’; small instrumentation but every instrument playing its part, having its moment throughout the song, and not overdoing it with production,” – That’s Nice

This sexy summer track conjures up images of a beach party with cocktails in hand and lounging on a day bed with your lover. It’s easy on the ears and will have you grooving from your shoulders all the way down to your hips.

The elegant productions are what make this song surprising and a nice change-up to the hard hitting and compressed electronic beats.

“By the time we were almost done, I was in Los Angeles doing some production work and seeing a lot of my producer friends adding real live drums to their disco-dance tunes. We needed to try that. So, last minute we completely changed the drum sound from electronic to a more organic natural sound instead using a real kick drum, a real snare, and real hi-hats,” – That’s Nice

"Mario first reached out to me a year ago. We both enjoyed each other's style so we talked about working on remixes for each other. I then sent him a few ideas and one in particular must have stood out to him because he came back with some killer guitar parts to that one, and suddenly we had a nice summer track on our hands!” – La Felix

‘Delicious’ is available everywhere now including Spotify & iTunes / Apple Music, and over the coming weeks we can expect a few remixes from REFLEX, Patawawa, July Child and Dino Soccio.