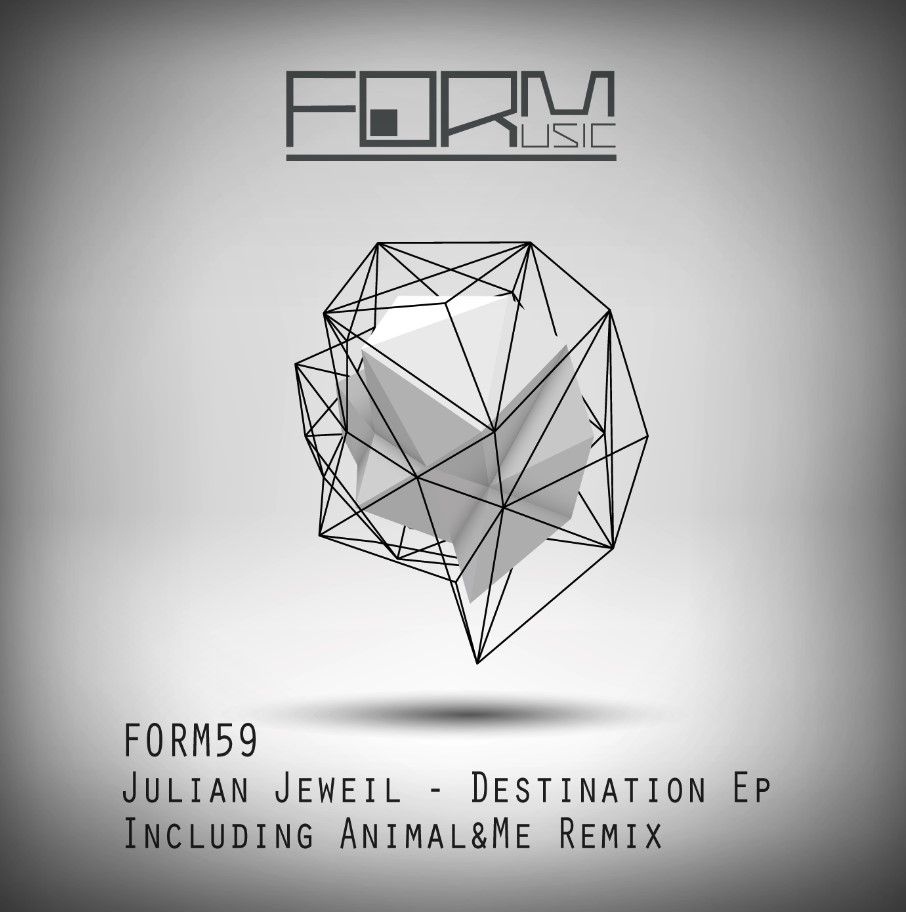 June 6th sees Beatport’s top selling Techno DJ/Producer of 2015 Julian Jeweil release his first EP of the year, entitled ‘Destination’ viaPopof’s revered Form Music imprint.
This stellar four-track offering is Julian’s fourth EP release on Form, following on from his previous acclaimed EPs such as ‘Techno Corner’ (in 2010), ‘Mad’ (in 2013) and ‘Meteorite’ (in 2015).

As well as featuring on Form, Julian’s also released on respected labels such as Sven Väth’s Cocoon Recordings and is currently the best-selling artist on Richie Hawtin’s illustrious M-nus imprint.

‘Myli’ follows, immediately starting with a fierce TR-909 kick drum and rolling percussion elements that perfectly establishes the high tempo tone for this 5-minute masterpiece. Repeated vocals are gradually introduced alongside cymbals, hi-hats and other percussive swishes to fuel the atmospheric sound of the track.

‘Foundation’ offers a more introspective style of Techno, allowing for a wealth of hypnotic looped-up percussion to sit at the forefront the track, as keyboard stabs and vocal snippets break up the rhythm.

‘Eight’ is next up and is one of the stand out tracks of the EP. A looped-up, clapping rhythm drives the track along until the breakdown mid-way through, when a series of sinister and intriguing effects are introduced, slowly fading out to give way to the pounding groove.

To conclude the release, the multifaceted Parisian artist Animal & Me (who releases on prestigious labels such as Form, Hot Creations and Cocoon amongst others) steps up to provide a stunning remix of ‘Destination’ which perfectly illustrates his unique ability to combine dancefloor grooves with immersive atmospheres.

‘Destination’ EP is available exclusively via Beatport from June 6th on Form Music.