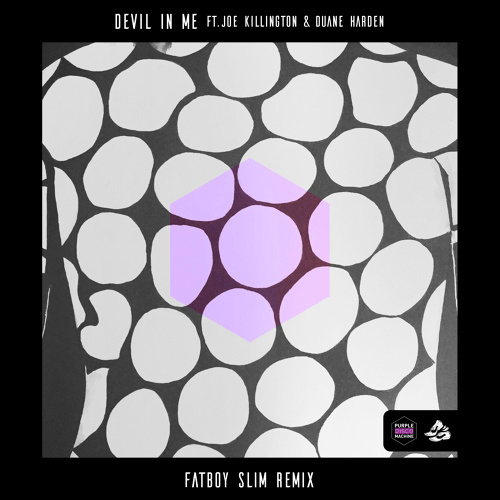 ‘Devil In Me’ is the first official single to be taken from the talented German’s forthcoming debut LP, ‘Soulmatic’, and features; a tight sun-kissed house groove, a familiar sounding funk-driven guitar sample and a catchy vocal co-written by Duane Harden (from Armand Van Helden’s 1999 club classic, ‘You Don’t Know Me’) and sung by Joe Killington.

Since the recent release of the original radio edit, the track has been causing a real stir within the house music scene, garnering huge support from BBC Radio 1’s Pete Tong, Annie Mac, Danny Howard and Monki plus securing #2 on Beatport’s house music chart.

Now the time has come for one of dance music’s most established and decorated stars Fatboy Slim – who boasts no less than; 1 Grammy Award, 10 MTV Music Video Awards, 2 Brit Awards and 4 NME Awards plus two Gold albums (‘Praise You’ – #1 UK + ‘Right Here Right Now’ – #2 UK) and one Silver album (‘The Rockafeller Skank’ – #6 UK) – to step up andprovide a stellar rework, opting to utilise only part of the original’s vocals and add a completely new backing, encompassing; a solid four-to-the-floor house beat, a looped-up double bass and an uplifting piano chord sequence.

Purple Disco Machine ‘Devil In Me’ Feat. Joe Killington & Duane Harden (Fatboy Slim Remix) is available on 1st September 2017 via Sweat It Out.