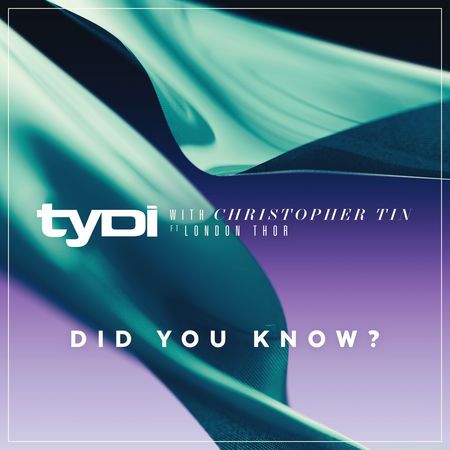 In his 15 years as one of the leading artists in electronic music, Australian songwriter, composer, record producer and DJ tyDi, née Tyson Illingworth, has seen, heard and done it all. Through his extensive discography, which includes five full-length albums, countless singles and remixes, and numerous EPs across diverse genres, he’s topped global charts, he’s toured the world and he’s made his indelible mark on the music world. Now, tyDi reinvents his sound once again via Collide, his forthcoming artist album set for self-release early 2018 via Global Soundsystem Records.

On Collide, tyDi bridges the worlds of electronic and orchestral music as he presents a completely new sound in uncharted territories. The album threads a gorgeous sonic narrative built on precise composition, progressive musicality, intelligent sound design, layered songwriting and grandiose orchestral scoring. An accomplished musician in his own right, tyDi enlisted 2 X GRAMMY award winning composer and seasoned vet Christopher Tin to help bring Collide to the masses. Best known for his composing and scoring work across the concert music, film and video game industries, Tin has won multiple awards and accolades: In 2011, his choral piece Baba Yetu from the video game Civilization IV became the first piece of video game music to ever win a Grammy Award, while his album Calling All Dawns took home a second Grammy for Best Classical Crossover Album that same year.

“When you watch a film with an intense score, you’re swept away to a different planet. The atmosphere, emotions, melodies and instruments captivate you. That feeling doesn’t always enter the dance realm. I wanted to capture that magic and bring it to the electronic world,” tyDI says.

tyDI follow’s up the album’s acclaimed first single “Falling In” featuring the vocals of Dia Frampton (one of only two dance songs to be included in Spotify’s coveted New Music Friday Playlist the day of its release) with “Did You Know?” Here, tyDi revisits his trance roots with an orchestral twist: Chunky synthesizers and futuristic sequencers build a digital playground as lush strings and horns paint a cinematic backdrop while singer London Rouge angelically coos of love and longing.

Through its 12 original tracks, Collide creates an unprecedented musical journey that transports listeners off the dance floor and into the concert halls.