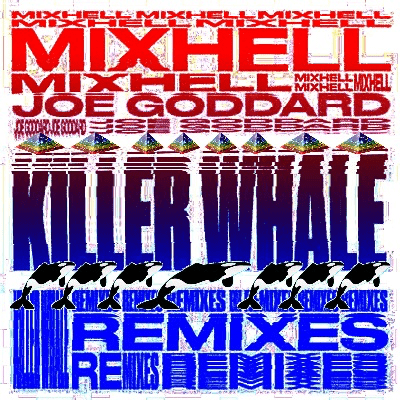 With the original a dreamy Balearic house classic, Tim Goldsworthy turns the record into a downtempo percussive melody whilstDigitalism’s contrasting contribution to the record is a trance-infused, high-octane rework. Speaking about the remixers Mixhell says of Digitalism, ‘we’ve gigged together a lot back in the days. We missed them and their sounds so we’re super curious about their next release. They completely destroyed the remix of ‘Killer Whale’… a dance track with Phillip Glass vibes – totally blew our minds!’

For the duo, Tim Goldsworthy is an artist they have always wanted to work with saying, ‘he’s a legendary producer and he pleased us with aten-minute journey of beats and effects. It’s a beautiful piece where we can hear some of our favourite delays, reverbs and effects merged into a totally unexpected breakbeat.’

Producing and performing together since 2004, Mixhell started touring in Europe andUS around 2007. After collaborating with many artists such as Diplo, MSTRKRFT, 2manydjs, DJ Hell among others, they havebuild a solid underground career in electronic music in which they would perform with live instruments. Moving from Sao Paulo to London in 2013 led Mixhell to work closely with Soulwax, recording and performing their most album ‘From Deewee’ as part of their 7 piece band.