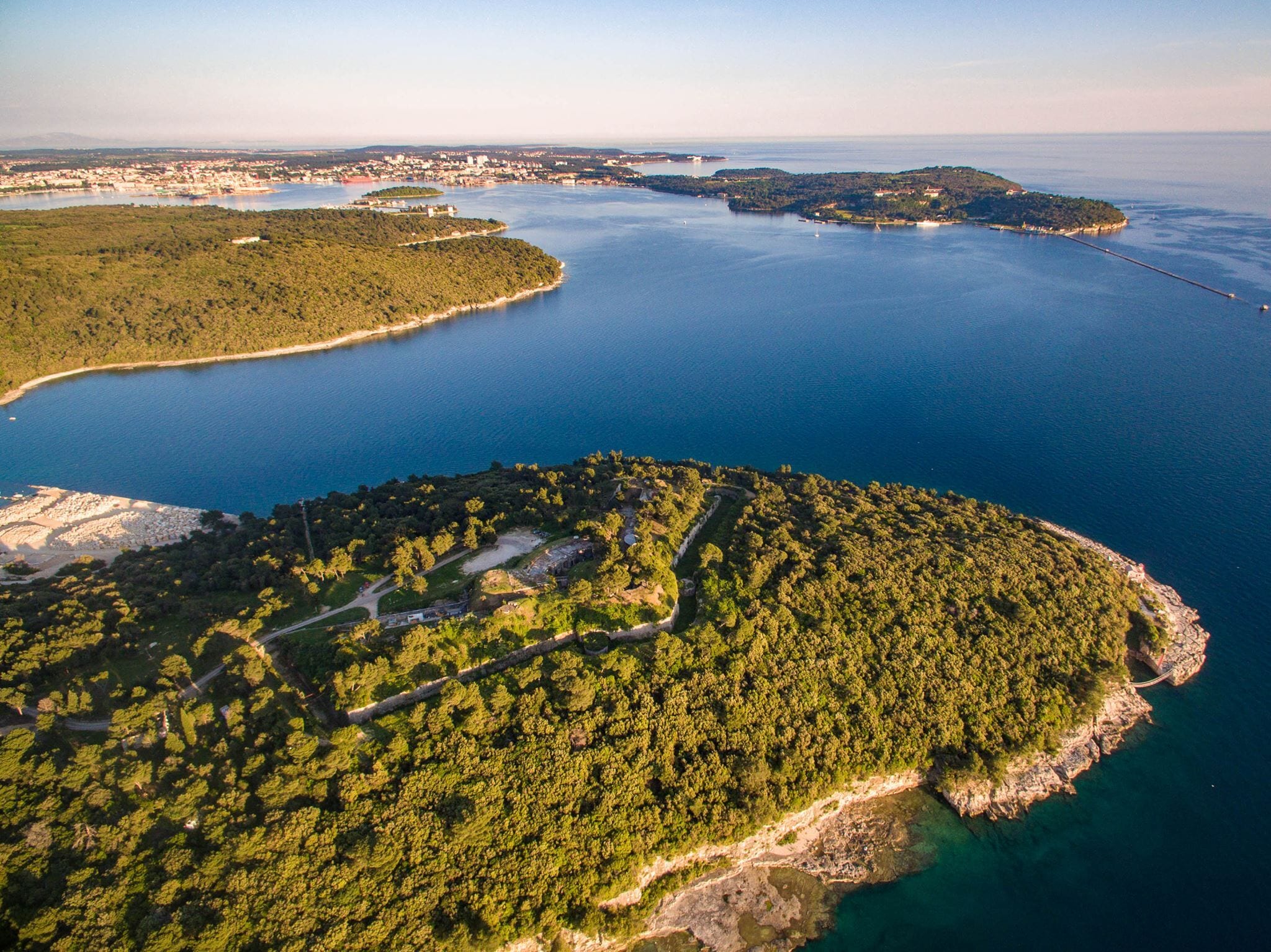 Today, Dimensions Festival reveal the day-by-day stage breakdowns for their final edition at Fort Punta Christo, their unique home on the edge of the Adriatic for the last eight years. Inviting ravers to party within the walls of this abandoned 19th Century structure, Dimensions have announced that Resident Advisor, Butter Side Up, Exit Records, Stamp the Wax, Love Muscle, Exit Records and more will host across some of their unforgettable venues including the Moat, Garden, Void, Ballroom, and Subdub Arena from Wednesday 28th August – Sunday 1st September.

With yet another forward-thinking line up to take note of, Dimensions host an array of fresh talent alongside some of the most exciting world-class selectors including Jeff Mills, Omar S, Nina Kraviz, Helena Hauff, DVS1, Call Super, Hunee, Larry Heard, Zip and many more.

The Clearing stage has long played host to some of the scene’s biggest and brightest live acts and DJs. This year is no different with notable names including Jeff Mills and Nina Kraviz, who will return for her third consecutive year following some incredible b2b performances and label takeovers spinning all-encompassing electro, acid and beyond. Returning back since their last appearance in 2016 are the Detroit brothers Octave One, who will be showcasing one of their colossal live-sets. For fans of the feel-good, dance-inducing selections there’s plenty to go around as Jayda G, Peggy Gou and Sadar Baharall join the party alongside a special 5hr b2b from Mr Scruff & Gilles Peterson, perfectly demonstrating Dimensions’ diverse programming. Not forgetting Hunee who will return with another unforgettable double-set. The king of house is back Omar S, delivering that signature Detroit sound, elsewhere Chicago house legend Larry Heard aka Mr Fingers will close the last year at The Clearing with what is likely to be a spectacular live show.

Leeds promoters Love Muscle are back for the final edition with an array of party-starters, inviting Peachfor her Dimensions debut, alongside Eris Drew and Saoirse closing the takeover. Friday will see a rare appearance from some of the most influential names in the deep digging circuit with Zip, Fumiya Tanakaand Binh representing the Perlon sound, with support from Hamish & Toby. Making a debut appearance in 2019, break-through artist Ciel joins the bill following one of our favourite Dimensions Mixes for the series so far. Timedance boss Batu is back following a stand-out performance in the Stables last year, alongside Joy Orbison and genre-bending Josey Rebelle. Joining forces once again for another garden closing set is long term Fabric resident Craig Richards and My Own Jupiter’s Nicolas Lutz providing another mind-bending set filled with the weird and the wonderful. Don’t miss appearances from Youandewan and Omar, two seriously talented DJ’s joining the final edition.

On Thursday Leeds promoters Butter Side Up will host some exciting festival debuts including Gene On Earth, Francesco Del Garda and The Ghost. Resident Advisor plays host at the Void for their 5th year, inviting the woman of the hour Object Blue and Japanese maestro DJ Nobu for their Dimensions debut, along with Mor Elian and festival favourite Skee Mask. A real electro affair is set for Saturday, as Kirsti kicks things off followed by rare Craig Richards and DJ Bone electro sets. Ravers will also witness live performances from Radioactive Man and DMX Krew. Following on from the London launch party, DJ Stingray will be hosting the void on Sunday, inviting Silvia Kastel and Solid Blake to join alongside industrial techno enthusiast Paula Temple, while closing duties (rightly so) fall upon SPFDJ.

First to host the iconic 70-foot deep stage is promoter Meat Free; a brand new partner making their Dimensions debut. Returning to the Moat, rising-star Imogen will be playing alongside genre-hopper Objekt with Jane Fitz and Nina Kraviz, for the third year running for an unmissable set. Electro and acid will form the basis of the Moat on Saturday, hosting self-confessed sound obsessed Alienata and electro queen Helena Hauff, who will be closing the night with her ever distinct sound. Genre-spanning Afrodeutsche will make her Dimensions debut on Sunday, showcasing her wide variety of sounds deep in the Moat. Karen Gwyer will return to join her but this time with a special live show. Followed by techno pioneer Blawan and lastly Berghain resident DVS1 will guarantee an unforgettable closing set. The festival will end as it has done since its inception; with a Hessle Audio takeover courtesy of Ben UFO, Pangaea, Pearson Sound, this time inviting Call Super and re:ni to join the party.

Far from the world of techno and electro, the Subdub arena will be available to cater to the needs of the sub-dub bass die-hards. Dimensions mainstay Mala will return to the arena for the 8th year joined by Josey Rebelle who will be bringing heavyweight jungle set. On Saturday, Vladimir Ivkovic will return to Dimensions solo this time, accompanying him will be Andrew Weatherall and Identified Patient, with selections spanning from post-punk and EBM to breaks and techno. Fresh off the Adriatic from their Boat Party, long-standing partner Exit Records will take over the Subdub arena on Saturday night, inviting Breakage, DBridge, Skeptical and Fixate to celebrate as they have done for the last eight years at Dimensions! Finally, Metalheadz celebrate 25 years in the game closing Subdub arena hosting label family, Displace, Om Unit, Source Direct, Doc Scott and Ant TC1.

Back on the scenic coastline of the Adriatic for yet another sun-soaked year Dimensions with music from all corners of the globe. Cassette culture obsessive Awesome Tapes From Africa will return to the beach alongside South African selector Okapi for a marathon of Kwaito, African disco and leftfield Ghanaian pop. Elsewhere, Hunee and Dan Shake return with a bag packed full of records that straddle all fringes of disco and house music alongside Melodies International co-founder Mafalda. Northern heroes, Children of Zeus are back to Dimensions for one final year, whilst fellow Manc Mr. Scruff will close the beach – expect a set that spans house, hip hop, techno and everything in between for this epic finale. Vibe provider and Stones Throw signee Dam-Funk will also touch down on the beach, with Nu Guinea making their highly anticipated festival debut.

The intimate space is one of the most unique on site (from physical set-up to the energy within its walls). Home to some of the brightest burgeoning dj talent from the DJ Directory as well as featuring some of the festival’s favourite local heroes and long-standing party-starters, it’s an essential visit.

Dimensions Festival takes places in one of the most stunning locations in the globe, set in a spectacular abandoned fortress nestled on the Adriatic coast. Picture day-time beach chilling, sunset sessions and exploring the labyrinths of the fort at night. Unique arenas are plentiful, in the fort find Noah’s Ballroom, The Void, The Garden, Subdub Arena and of course the 70-foot Moat, stacked high with speakers. Dimensions advise festival-goers to reserve a place via the deposit scheme or purchase a ticket as soon as possible.

Pula is accessible by taxi from the site, and is complete with transport links, apartment accommodation and historic sites. For those wishing to camp on-site, or for more info on accommodation options including boutique camping, mobile homes and more, head to dimensionsfestival.com/accommodation/. Flight options from the UK are to Trieste, Ljubljana, Zagreb, Venice Treviso or Venice Marco- Polo airports, and then a transfer: dimensionsfestival.com/travel/. See you for one last dance in the fort! 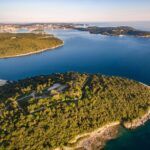