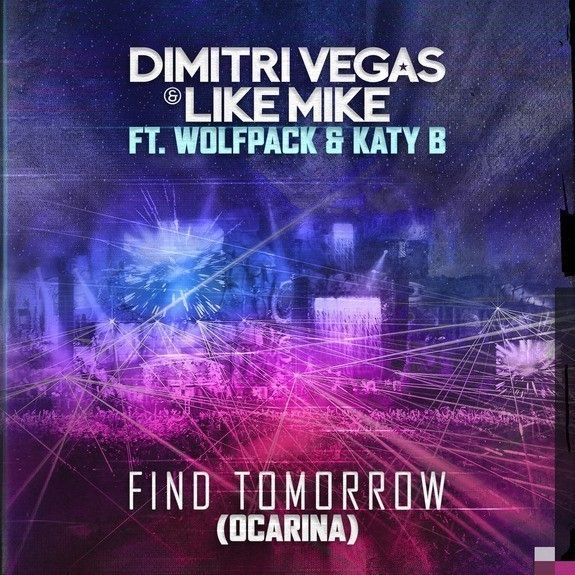 As if ‘Ocarina’ couldn’t get any better, today Dimitri Vegas & Like Mike announce ‘Find Tomorrow’, the vocal version of their huge international smash with none other than UK chanteuse Katy B on vocals.

Katy, who won the 2012 NME ‘Dancefloor Anthem’ Award for ‘Broken Record’ and has released a raft of hits from chart-topping album ‘On A Mission’, is known for collaborating with EDM producers including Magnetic Man, Geeneus and Zinc. Now she lends her distinctive voice to ‘Ocarina’, taking one of Dimitri & Mike’s most popular tracks to a whole new level.

The track, which was a co-production with Smash The House protégés Wolfpack and was the inaugural TomorrowWorld Anthem, topping the Beatport Top 100, has been a massive fan favourite since it featured on the 2012 Tomorrowland After Movie soundtrack. With the original edit shooting straight to the #1 position in a matter of days, it now remains to be seen if having Katy B on the vocal mix will give the brothers the massive cross-over mainstream hit that seems increasingly on the cards. Having scored a staggering SIX Beatport #1s this year (so far), rising to the #6 position in the DJ Mag Top 100 DJ Poll and with their sell-out Bringing Home The Madness arena show at Belgium’s biggest stadium only weeks away, it really must be only a matter of time.