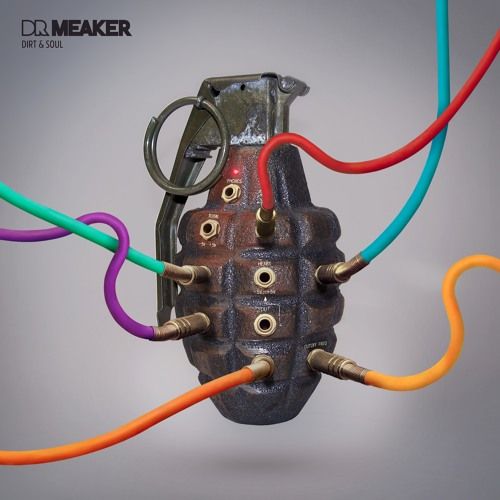 ‘Dirt & Soul’ follows a string of four  massively successful singles; ‘Fighter’, ‘Right Back’, ‘Good Fight’, and ‘Freaks’, the latter three of which are featured on the album. These bonafide radio, club and festival smashes are joined by other new anthems in waiting, like the epically-huge drama of ‘Deep In My Heart’ and the feelgood 70s soul vibes of ‘Wanna Feel’.

But despite main man Clive Meaker’s deft hand at delivering such crowd-pleasing bangers, a key component in ‘Dirt & Soul’ is a demonstration of a stylistic diversity and new, previously unexplored sounds.
‘Remedy’’s sub bass and neck snapping breaks propel a darker, more introspective style of breakbeat science, whilst ‘Glastonbury’ is a tribute to their favourite festival and captures perfectly its magic atmosphere of golden sunsets and stone circle sunrises.

‘You & I’ is rich, slow motion deep vocal house and the plaintive, smoky 2 step of ‘Is It You’ recalls classic Bristolia like Massive Attack. Album title track (and also its closer) ‘Dirt & Soul’ demonstrates yet more diversity in the form of a  nasty b-line wobble underpinning a moving, gospel-style torch song.

Fans at radio are many, with the groups singles dominating playlists and gaining hundreds of plays across BBC Radio 1, 6Music and 1Xtra, with club DJs equally in thrall to their music, ranging from Andy C, Friction, Pendulum, Flux Pavilion, Simon Bassline Smith, Bailey, Grooverider, Doc Scott, Roni Size and most notably Brian Gee – who like the band so much he released two of their singles on his legendary label V recordings.