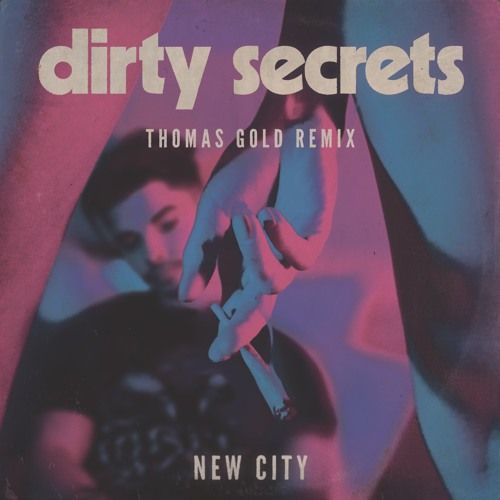 Fresh of last week's #KaskadeKonnect selected remix from Trademark, Canadian 3 piece Electro Pop outfit NEW CITY have revealed the second remix to their radio hit, 'Dirty Secrets'. For this effort, they selected the world renowned German DJ and producer, Thomas Gold, who put his own unique summer spin on the record.

Having formed just this year, NEW CITY have taken the Canadian airwaves by storm, racking up millions of plays via their last 2 hits 'Coachella' and 'Dirty Secrets'. Charting by way of both, the trio have tapped Thomas Gold to remix their latest cut, with 2 further remixes expected in the next 2 weeks. Having remixed everyone from Adele to Lady Gaga to One Republic, Gold has been producing quality reworks and massive originals since his 2006 debut. The German has released on the biggest and best dance labels, from SIZE, Toolroom, and SPINNIN' to Axtone and Armada, with his latest NEW CITY remix surfacing on Universal Canada. Gold adds a distinct summer laced twist to the electro pop leaning original, transforming 'Dirty Secrets' from a commercial radio ready single to a dance spiked hit.

Releasing on Universal Canada, the Thomas Gold Remix is now available to stream and purchase across all platforms. Stay up to date with NEW CITY and Thomas Gold via their socials below, and catch them both on tour soon!