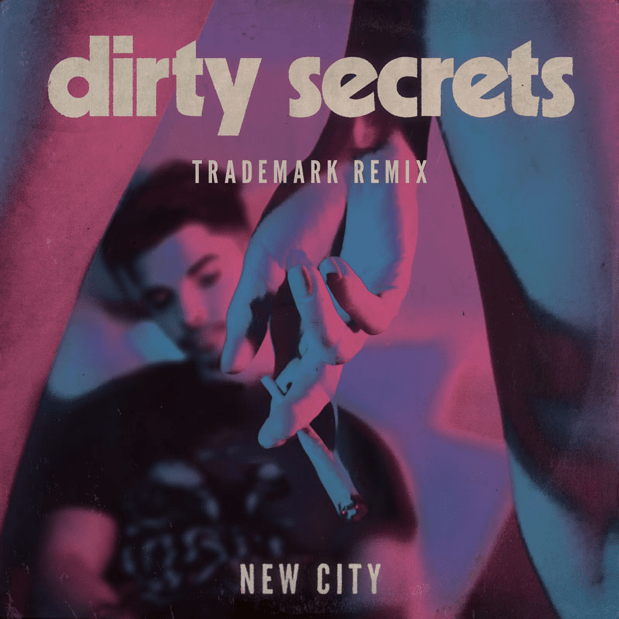 Hot off the release of their breakout debut single, 'Coachella', Canadian 3 piece Electro Pop outfit NEW CITY have officially unveiled the first remix to their follow up hit 'Dirty Secrets'. The trio have tapped up & coming DJ, Trademark to kick off their 4 track remix package with a bang.

Despite surfacing just this year, NEW CITY have managed to commandeer the Canadian airwaves, charting with both 'Coachella' and their latest number 'Dirty Secrets'. Released on June 1st, 'Dirty Secrets' is a genre bending funk infused cut that has already scaled the Canadian charts (currently residing at #25), accumulated over 500,000 spins on Spotify, and is one of the top 20 Shazamed tracks in all of Canada. First up on remix duties is Trademark, a veteran on the college scene, and recent member of the 35 million-stream club via Soundcloud. The mix master is well known for his bootlegs and mixes, however has recently expanded his skills to production, with this NEW CITY Remix serving as his 2nd effort of the year. Emphasizing the silky smooth vocals highlighted in the original track, Trademark adds a modulating bassline, rippling drums, and a cascading drop riddled with waves of glorious synth stabs. Trademark transforms the original radio friendly track into a dance lovers dream, perfect for festival crowds, club shows, and college parties alike.

Releasing on Universal Canada, the Trademark Remix is now available to stream and purchase across all platforms. A certifiably summer laced hit, the rework will undoubtedly see heavy play across the rest of this year's festival season. Stay up to date with NEW CITY and Trademark via their socials below, and catch them both on tour soon!