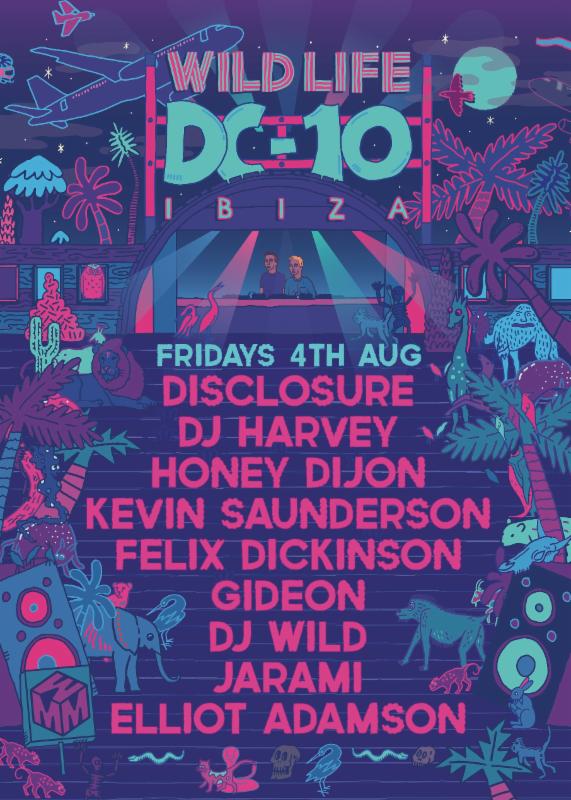 Following on from last Friday's hugely successful opening party for their four-week residency at Ibiza's DC-10, Disclosure unveil the lineup for Room 2 of WILD LIFE, already garnering strong praise, with Resident Advisor claiming "there's no doubt that Wild Life has the clout to compete with its esteemed fellow residents".

On Friday 4th August, Room 2 will be host to freshly announced acts like Felix Dickinson, Gideon, DJ Wild, Jarami and Elliot Adamson, in what is sure to be another unmissable night of all-hours music and dancefloor fun. As previously announced you'll see some of the best of the underground, with DJ Harvey, Honey Dijon, Kevin Saunderson, and, of course, Disclosure themselves, setting the tone for a marathon of gorgeous tunes and upbeat vibes.

Ahead of the announcement Disclosure said: "Our first night bringing WILD LIFE to DC-10 was unbelievable, thanks to everyone who came and made it so special, we can't wait to do it all again tomorrow night. We also have a surprise for August 4th where we'll be opening both the terrace AND main room with a boom line up to match… Jarami, Gideon, Felix Dickinson & DJ Wild."