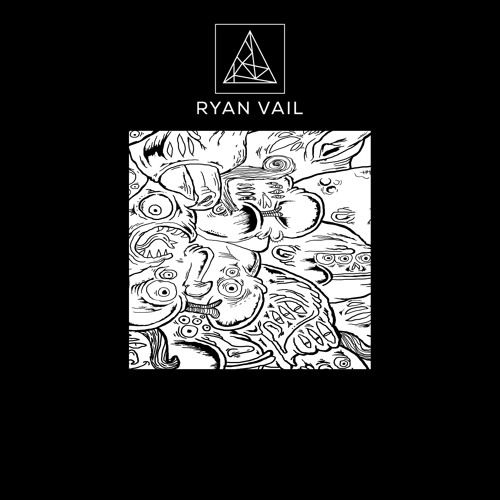 Celebrated genre-defier Ryan Vail is returning this April with his anticipated new album ‘Distorted Shadows’, a call for art, soul and self-belief during difficult times. The music is informed by generations of electronic pioneers and reveals an interest in classical forms. ‘Distorted Shadows’ is what it sounds like to be a creative person in 2018, surrounded by dread and chaos but determined to find meaning beyond it.

Ryan Vail lives and records in Derry and he’s been releasing music since 2012. A succession of EPs on the Belfast imprint Quiet Arch confirmed his talent for mood and sonic intimacy. He was compared to The xx and New Order but Ryan’s method was distinct and he made a defiant jump in 2015 with a mini album, ‘Sea Legs’. Working with the songwriter Ciaran Lavery, he created miniature stories, set against the vast Atlantic roar. He was nominated for the 2015 Northern Ireland Music Prize alongside eventual winner SOAK, Duke Special and Tim Wheeler of Ash.

Ryan’s debut album ‘For Every Silence’ was another impressive swerve. He themed his record around a vintage 1927 piano that had been handed down the family, a truly unique insight into history and emotional layers, the work of an ever-curious composer. He was also remixing and collaborating with the likes of SOAK, Jealous Of The Birds and Susie-Blue. This earned Ryan his second Northern Ireland Music Prize nomination as well as radio support from the likes of BBC Radio 1, 6Music and more. He’s had radio play or performed live sessions with Zane Lowe, Annie Mac, Tom Ravenscroft, Tom Robinson, Phil Taggart and Other Voices, and he has performed alongside many international live acts, including Nils Frahm, Jamie xx, Jon Hopkins, Tycho, Todd Terje, Luke Vibert and Orbital.

New LP ‘Distorted Shadows’ is a beautifully crafted collection of blissfully nuanced tracks with delicate synth and an even softer vocal delivery. His masterful and compelling songwriting retains the ambience he’s become known for, though distinct flourishes create a new danceability with influence ranging from the likes of Perfume Genius to Suicide.

The record involves Rachael Boyd and Laura McCabe on violin and cello. The track ‘Night Moves’ features a spoken word performance by the Australian artist Ry X and defies expectation when it reaches into an orchestral sweep.

“Distorted Shadows was about capturing the last two years of my life as a musician, trying to make sense of the industry” Vail explains, “Keeping music as an art form, has always been so important in my writing process. This album reflects a broad range of my musical taste and influences over these last few years. Challenging the standardised way in which musicians now a days think they have to structure songs and tracks. The album was wrote to be listened as a whole, taking the listener on a journey.”

It’s this clear ethic that makes ‘Distorted Shadows’ at equal times concise and eclectic. Like a young Jarvis Cocker fronting Underworld, electronic beats effortlessly back the ambient darkness of classic post-punk. New single ‘As It Tears’ is a compelling example of production mastery that conveys this at it’s very best. Here, Ryan looks at the pitfalls of the music industry but determines to see it out. “I have it in my head that if I’m really true to the art,” he says, “people will see that and will embrace it more.”