Released last Spring, the original album was described by Exposé Online as ‘stellar, full of imaginative touches and interesting echoes,’ while Electronic Sound compared it to ‘reading a short novel’ with ‘energies and perspectives shifting throughout.’ Now, after being revisited by Will over lockdown, the record is being released this time with an altogether darker, more deliberate sound as he creates new versions of these tracks with his own reworks, plus remixes from Mercury Music Prize winning producer Mike Lindsay of Tunng, and Plumbline.

Moods oscillate from the fluttering, shadowy brooding of the ‘Silver’ remix of ‘We Can’t Change the Channel’ to the ‘Climbing’ reinterpretation on Near Enough with its hip-hop inflected ambience. Mike Lindsay steps up on the remix of ‘She’s Exploding’, with carefully placed vocal hooks that ebb and flow over warm, folk-infused melodies and lazy, laid-back drums.

The ‘Fragile’ remix of ‘Window to Window’ is a transient journey with synths that flicker and bubble under Natalie’s ethereal timbre. ‘Say Yes To Tenderness’ is a murky, trip-hop infused track, followed by the understated house stylings on the Tiny Mile version of ‘Wish I Had A Pulse’. Channelling his minimalist Plumbline moniker, Will joins revered cellist Alison Chesley (aka Helen Money) in his reimagining of the album’s final, title track with woozy synths and stripped back strings.

Will sourced almost everything from ‘Waving At Airplanes’ from a modular synthesizer. The only exceptions were piano, acoustic guitar, and occasional extraneous sounds, including a nail gun, and a jackhammer that leaked organically into Will’s studio in Laurel Canyon. Although the original album was created within Will’s very specific and deliberate parameters, ‘Refolded’ allowed for further sonic exploration, taking each of the tracks somewhere else completely.

‘She’s Exploding’ (Mike Lindsay Remix) is Out Now get it HERE. ‘Refolded: Waving At Airplanes Remixes’ drops May 21st, save it HERE. 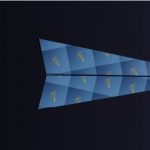