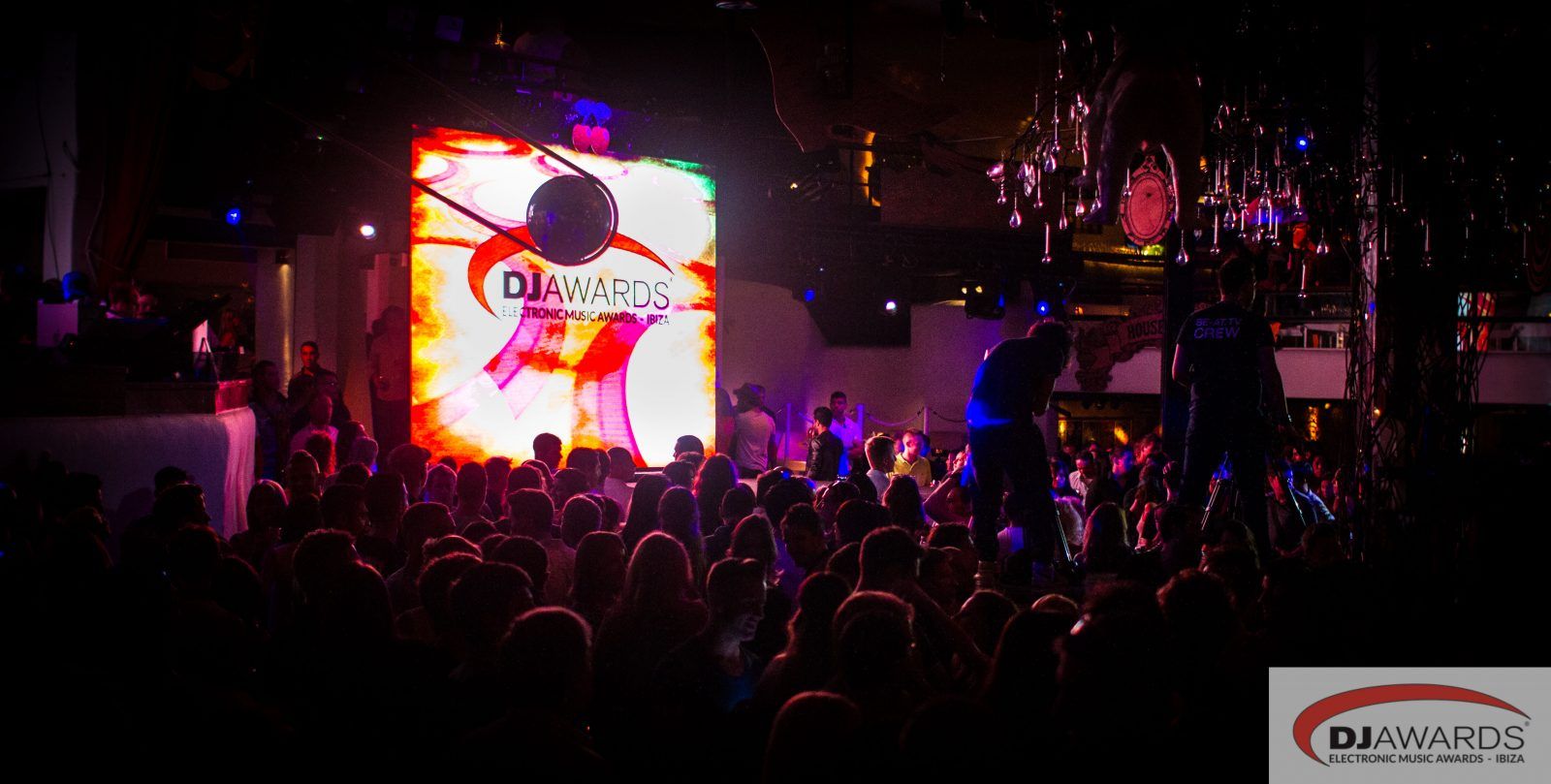 Presented by Des Paul and Lucy Horobin, the 17th edition DJ Awards was all about showing the Love to those artists who have made the most significant impact on the electronic music scene. There were 11 categories voted for by the public, from Trance to Techno, Tech House to Deep House and 11 Special Awards judged by an independent music panel, including Ibiza DJ, Track of the Season and Record Label of the Year.

Carl Cox won both of his nominated categories; Techno & International DJ, a great reward for his incredible 3 decades at the top. A familiar face to the awards Luciano, collected Tech House. For the second year running, Hardwell was voted the winner of Electro House and Deep House was presented to Jamie Jones. Disclosure won their first DJ Award for Electronic Live Performance.

It was a memorable night for Patrick Topping who walked away with 2 awards for Newcomer and Track of the Season, for his summer hit Forget, this track smashed the dance floors across Ibiza. Armin van Buuren for the seventh time, topped the Trance category.

In the Special Awards, Iban Mendoza walked away with Ibiza DJ, Be-At.TV was given the award for Media, and International Festival went to Creamfields UK. Croatia were also given recognition this year for Dance Nation of the Year, received by Miss Sunshine, one of their new emerging talents. MK picked up Producer, his resume includes some of the biggest international artists.

Innervisions received Record Label of the Year, with co-founder Dixon collecting, and Native Instruments took home the Cutting Edge award. Outstanding Contribution went to DJ Harvey who has been extremely influential in bringing over the sound of disco, garage and house from America to the UK.

As the winners celebrated into the early hours, with the after party hosted by Ibiza Rocks House that featured an eclectic line-up duo 2manydjs, Fritz Kalkbrenner performed live, Soul Clap, Doorly, The Magician, and Graham Sahara took over on the decks and ended another memorable night for DJ Awards … see you on the 188h edition!

To see all the winners of the coveted DJ Awards Kryptonite, and photographs from the ceremony visit www.djawards.com

The 17th edition may be over, but to keep that musical journey alive check out our annual double CD compilation, which is our flagship release with D:Vision Records. The track selection reflects the Ibiza summer vibes from day to night, with some of these tracks first breaking on dance floors in Ibiza and ending up as DJ Awards Tracks of the Season winners.

Featuring DJ friendly extended versions of the tracks, there is also a digital release on iTunes & Beatport featuring some exclusive tracks. Flawlessly capturing the eclectic sounds of this most unique musical destination, and with the 2014 Ibiza summer season about to close, it’s a must-have cd to include in your collection.