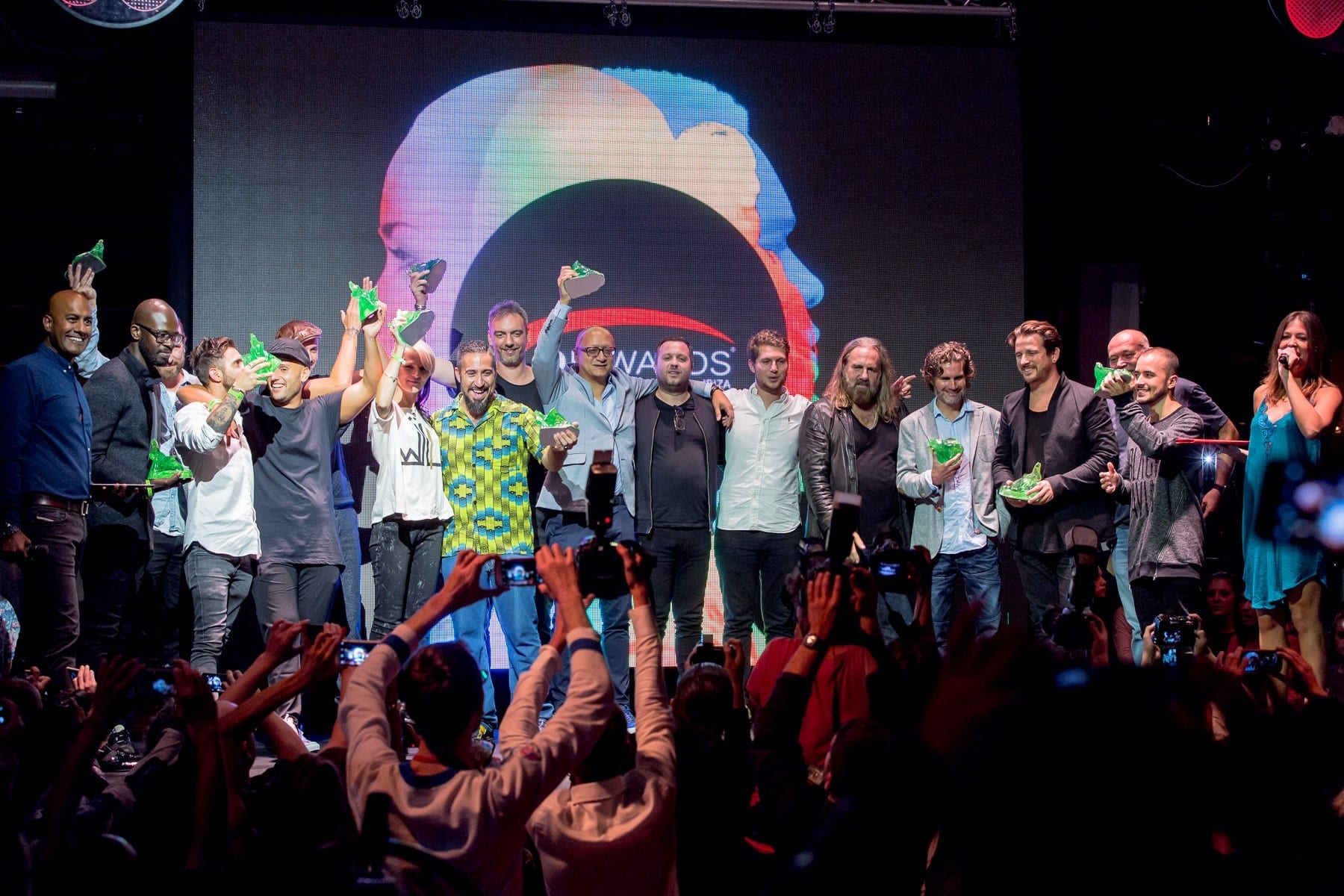 The 18th Edition DJ Awards had a particularity eclectic feel to it this year.  The theme was “Meet on the Beat” with a gathering of artists from across many different genres of electronic music all together under one roof.  10 DJ categories, voted on by the public, covering Deep House to Tech House, Trance to Techno and Breakthrough to International DJ.  Also presented were 11 Special Awards such as Ibiza Night, Producer and Dance Nation of the Year chosen by an independent panel of music professionals, conferred by presenters Lucy Horobin and Des Paul.

There were big names and familiar faces with Solomun taking the kryptonite for Deep House and Carl Cox still the king of Techno.  Hardwell was a double winner retaining Electro/Progressive House and, for the first time, International DJ.  It was memorable night for Black Coffee receiving recognition for a great year, not only winning in Breakthrough but also accepting the award Dance Nation Of The Year for South Africa.  Spanish DJ, Cuartero took Newcomer and Hannah Wants added to her impressive CV with the Bass award.

In the Special Awards, Manu Gonzalez walked away with Ibiza DJ. International Festival went to We are FSTVL.  Mask of the moment Claptone picked up for Producer. After a successful residency at DC10, Life and Death received Record Label of the Year.  Rekordbox the dj software coming from Pioneer DJ took home the Cutting Edge award. Electronic Music Pioneer award went to the DJ´s DJ, Arthur Baker, who has been extremely influential in bringing over the sound of disco, garage and house from America to the UK.

Pacha Ibiza resident and Seamless Recordings main man Graham Sahara provided the soundtrack to the proceedings and Martin Wilson gave a show stopping performance of one the Ibiza 2015 anthems, Marvinello.  For the first time in recent years, the ceremony was followed by the DJ Awards Official Party featuring 2015 winners.  With the lineup kept secret until winners were announced, those who turned up were not left disappointed.  Claptone played to a dance floor reminiscent of a masquerade ball. There was a great vibe on the dance floor.  Arthur Baker performed a live set which combining analogue and digital with an 808, 303 and Maschine.  Michel Cleis went B2B with Klement Bonelli before Cuartero closed.

The awards were streamed live by Be.At.TV, and radio media partners; Pioneerdjradio.

Check out a short video of how it went down from Lucky Life TV here: