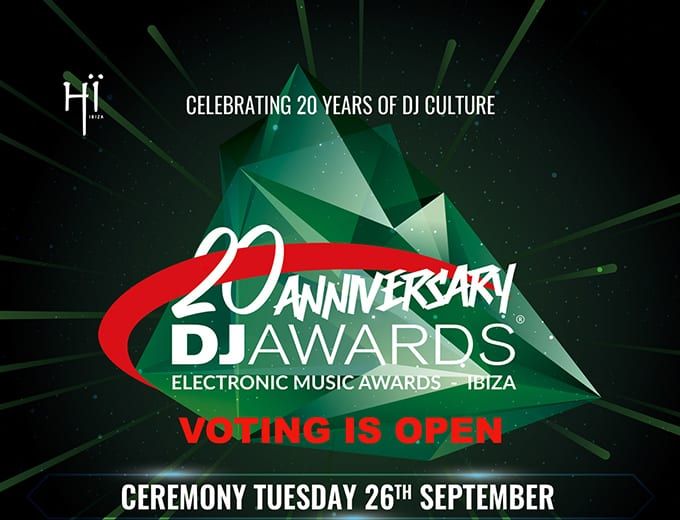 The DJ Awards will be held for first time in the new super club, HÏ Ibiza on Tuesday 26th September, where those being honoured will receive their awards.

The final list of nominees has been compiled with the help of our panel of industry professionals and is more extensive than ever. They reflect a wide range of DJs and producers, including many that remain at the forefront, as well as some exciting new talents.

Some of the past winners, include Armin van Buuren, Black Coffee, Carl Cox, David Guetta,and recently Hardwell, Claptone, Matador, The Martinez Brother. We Are FSTVL, Funktion One, Woomoon, Awakenings, and Suara, have been among the recipients of the Special Awards.

Voting is open until the beginning of August so be sure to VOTE NOW and have your say at djawards.com

In addition to the music categories, there will be 12 Special Industry Awards, which are decided together with our panel, including Producer, Track of the season, Record Label of the Year, Ibiza DJ, Ibiza Music Event, Ibiza Night and International Festival also this year including anEco Award and a special award of the 20th anniversary.

DJ Awards is a celebration that unites the DJs, industry professionals and media together at the end of the Ibiza summer season and will be followed by an exclusive party featuring some of the 2017 winners.